What's the best vanilla bean paste? And why would you use it instead of vanilla extract or beans? We dive into all things vanilla by testing popular vanilla bean paste brands with blind taste tests of freshly baked cookies (a tough job, but someone had to do it). Which had the best overall flavor profile? Made from organic beans? The least alcohol aftertaste? Here are the vanilla bean pastes we'd recommend. 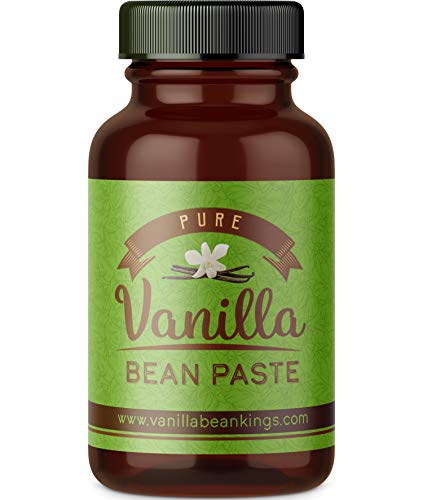 When a recipe calls for vanilla, you have three basic options: vanilla extract, vanilla beans and vanilla bean paste. Each has its pros and cons.

Since this article is on vanilla bean paste, let’s focus on what that is and why you’d use it. In general, vanilla bean paste is typically used as a one-for-one replacement for vanilla extract in recipes (some recipes actually call for paste instead of extract).

Yes, vanilla extract is usually the least expensive option for vanilla in recipes—but the high alcohol content of any extract can be in issue, especially if you are not cooking it off in baked goods (example: buttercream icing or ice cream).

In those cases, vanilla beans or vanilla bean paste may be a preferred substitute. Vanilla beans are great . . .but expensive. And you have to scrape the pods to get to the vanilla—that is not a lot of fun. Plus pods can quickly dry out, which means you can’t store unused beans for future baking projects.

Vanilla bean paste offers the best of both worlds: lower cost than vanilla bean pods AND it is easier to work with. Plus it can be stored away (in a cool, dry place) for up to three years, so less waste.

We should note that vanilla bean paste is a bit of misnomer—it has the consistency of honey, not paste. And yes, it still has alcohol and sugar, which disappoints some folks who wish it had neither. That said, vanilla bean paste has LESS alcohol than vanilla extract in general.

Another plus for vanilla bean paste versus extract: paste gives baked goods that flecked, vanilla bean look. Folks prefer that over the plain extract results. Here are the flecks of vanilla beans in one of the brands we tested:

Which won our blind taste tests? For the best budget-friendly vanilla bean paste, we ended up picking Vanilla Bean Kings Gourmet Vanilla Bean Paste. It had great vanilla flavor, yet the price was about 40% less than other brands we tried. Here’s more:

• More runny than other vanilla bean paste brands we tried. Here’s what this paste looks like in the real world: 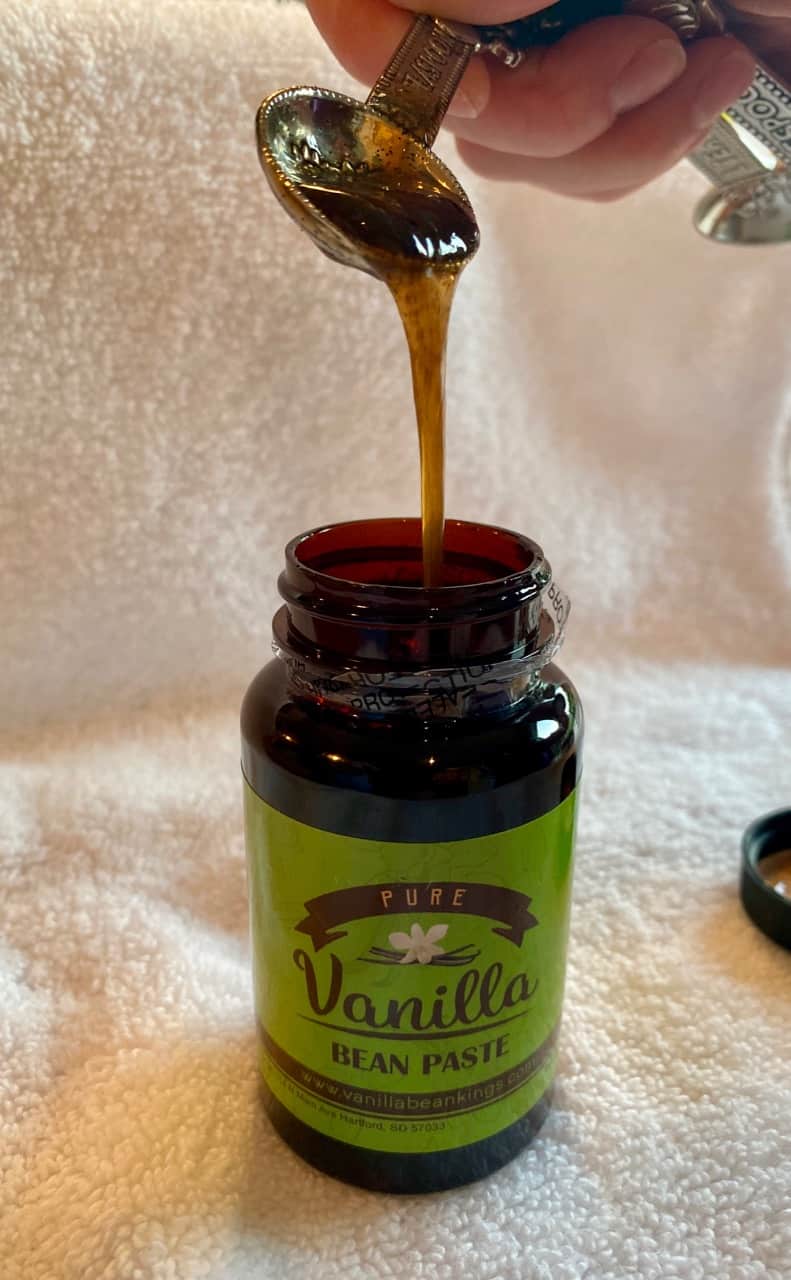 • More alcohol. Unfortunately, the bottle didn’t list the exact alcohol content—we judged it was somewhat more than others we tested. 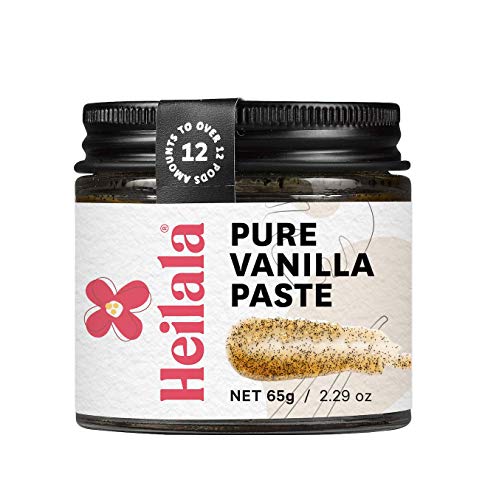 Vanilla beans from Tonga
Zonkers! This is vanilla on steroids! If you like your vanilla with a punch, you can't go wrong with this brand. Gluten free, corn free and Kosher. Caveat: pricey and thicker, darker consistency.
$14.97 ($6.54 / Ounce)

We realize there are two groups of vanilla super-fans: those who prefer a lighter, sweeter vanilla flavor. And then there are those who want a more pungent, serious vanilla taste.

• Wowsa! Vanilla-zilla flavor. We also liked the thickness of this vanilla bean paste. 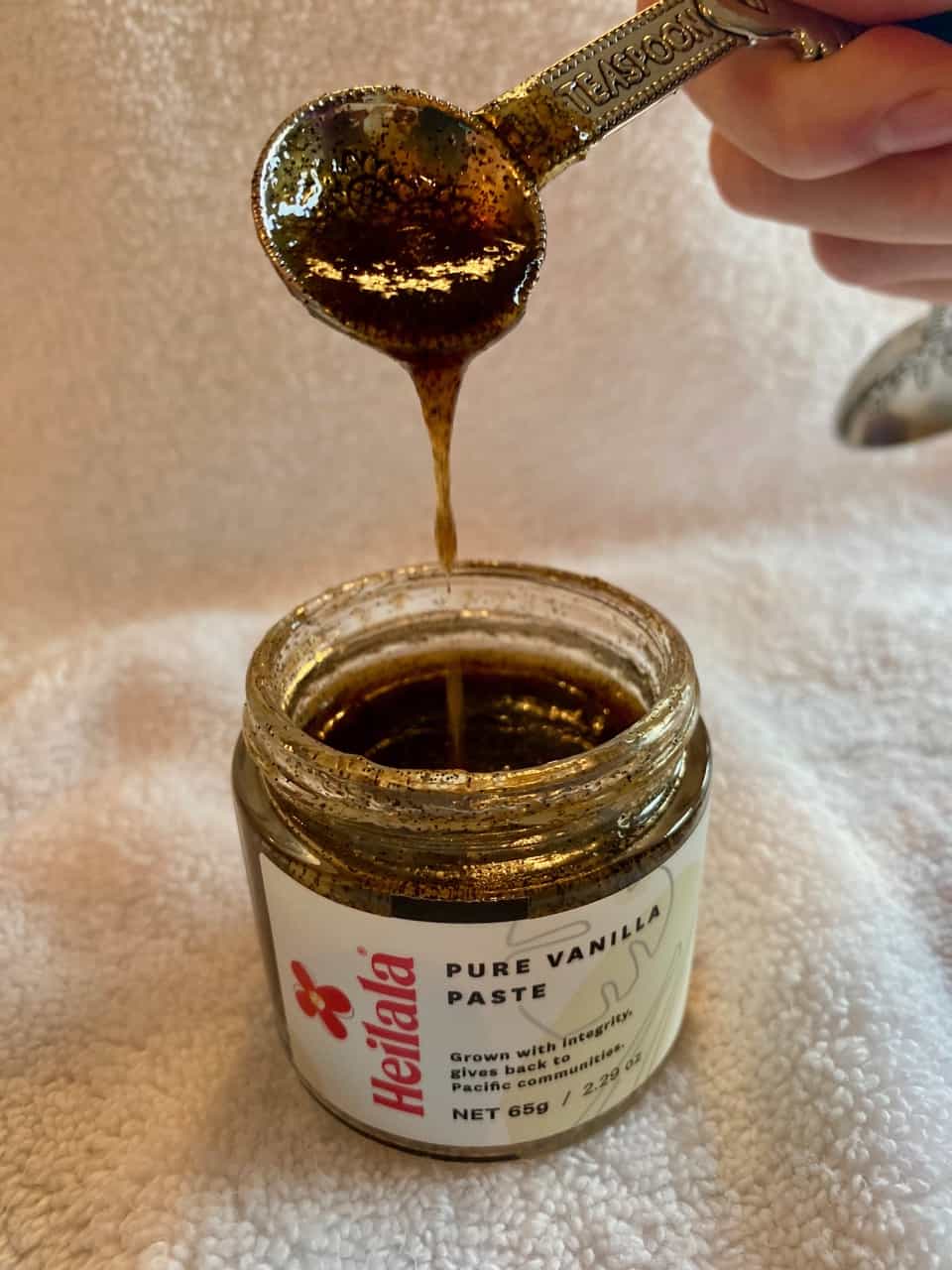 • Great for cookies, baked goods where a richer vanilla is better.

• Contains 14% alcohol. This disappointed some folks who wished it had less (or no) alcohol. Here is a look at the ingredients of the jar we tested:

• Darker consistency may affect the color of some baked goods. 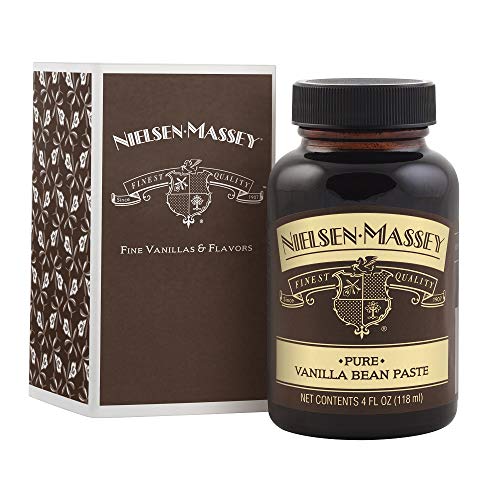 From Madagascar vanilla beans
Great vanilla taste and USDA Organic! We liked this paste for its overall flavor profile, plus it is GMO-free, gluten-free and made in Australia.
$24.95 ($6.24 / Ounce)

This brand, Nielsen-Massey, has legions of fans—and we would agree, this is an amazing vanilla.

If you are looking for a gift for your baking-obsessed friend, this vanilla comes in a glass jar in a nice-looking gift box. (Most vanilla paste comes in plastic jars . . . and no gift box!).

• Glass bottle . . . can break. And, unfortunately, that can happen when you ship anything in a glass container!

• Not organic. If you want an organic vanilla bean paste, check out this next pick.

Plastic tube = exact portion
Great vanilla taste and USDA Organic! We liked this paste for its overall flavor profile, plus it is GMO-free, gluten-free and made in Australia.
$8.10 ($4.76 / Ounce)

This vanilla paste is different from other brands we tried in two ways: first, it is USDA Organic. Second, it comes in a tube . . . like toothpaste. That’s both a pro and a con, we learned as we used it in baking! Here’s more detail:

• Plastic tube is easier to dispense. Other vanilla bean pastes come in plastic jars—you have to use a spoon to get it out, and that can be rather messy.

• Plastic tube is unforgiving if you over-pour. You can’t easily put the paste back in the tube if you over do it!

Why trust us
How to support us
Message boards
Baby Bargains: the book!
More books by us
Blog
For the media