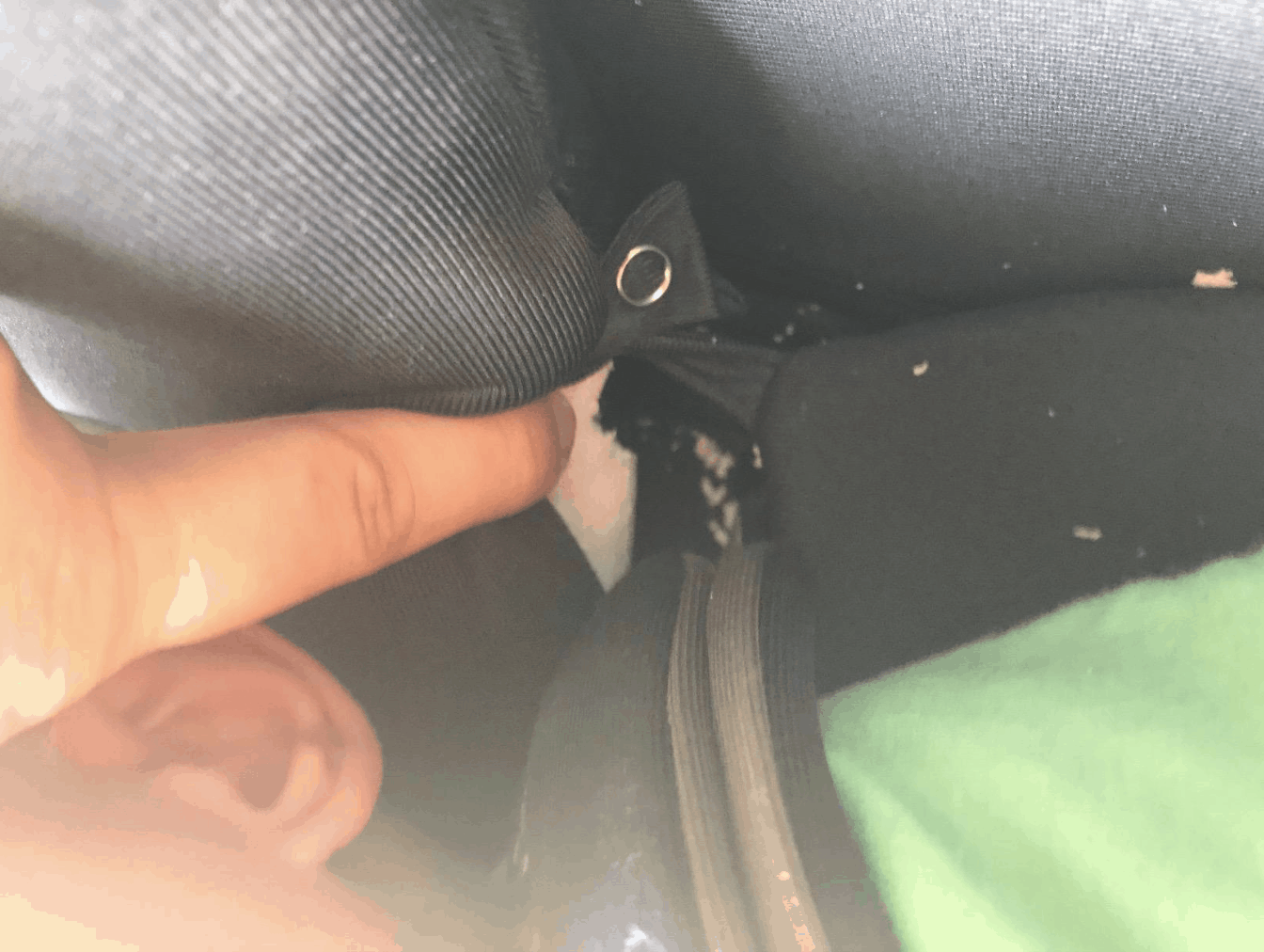 The pricey seat ($330) debuted to much fanfare earlier this summer. One of our readers, Catherine P., was one of the early purchasers, but then noticed a flaw that greatly concerned her:

“I want to make you aware of a significant safety flaw in the new Cybex Sirona M car seat. Styrofoam is accessible to children through the slit where the chest strap comes through the cover, near the neck. My daughter and other children have pulled styrofoam out while in the car seat. This creates immediate inhalation, consumption and choking hazards and may compromise the integrity of the seat in a crash.”

She also sent us a video:

Another Amazon reviewer chimed in with her own, similar complaint of the Cybex Sirona M:

“I fell for the technology! It should be a really cool thing that helps to prevent leaving babies and hot cars but only works on cars that are 2008 or newer. I have a 2006. Second, my baby has figured out how to reach up into the head rest and scrape off of little parts of the foam. He is only 9 months (adjusted) and will probably have the headrest in pieces before it’s a year old. This is not the quality I expected to go with this price tag.”

Here’s a picture she attached to her review. 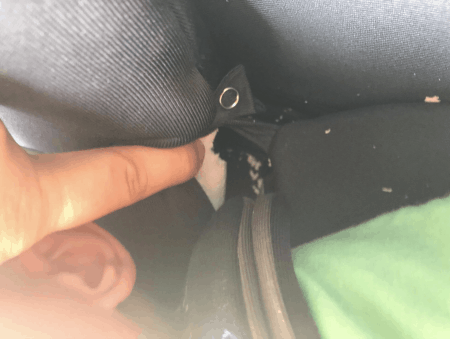 We also found a complaint about this issue filed with the NHTSA.

We have reached out to Cybex for a comment on this problem. On August 9th, we received this response, acknowledging the issue:

Thank you for the opportunity to comment on this feedback regarding Sirona M. We are aware that a few consumers have reported their child has been able to peel back the seat pad from the headrest area and flake the EPS foam from the unit. While the EPS foam will not allow a large piece to detach which could present a hazard to an unattended child, Cybex has already initiated an enhancement to address the concern. Specifically, the company will use a robust poly tape to line the EPS foam where it contacts with the headrest and other parts of the car seat shell. The tape will render the areas along the edge of the seat pad inaccessible.  The Sirona m continues to meet or exceed federal safety regulations, and Cybex appreciates feedback from the field allowing us to make Sirona M even better.

Why trust us
How to support us
Message boards
Baby Bargains: the book!
More books by us
Blog
For the media