FYI: We've been reviewing and rating products for parents and families since 1994. We don't take money or freebies from brands we review—that keeps our work independent! Our reviews are 100% reader-supported! 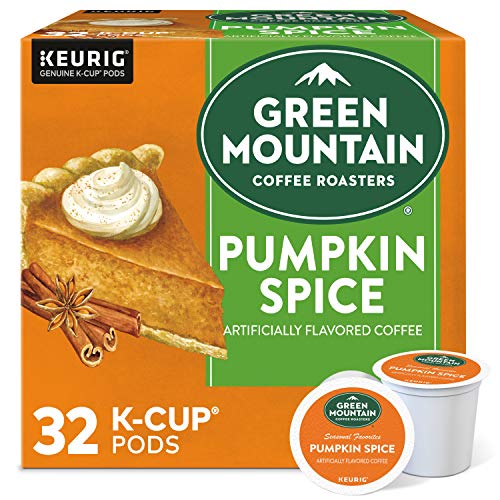 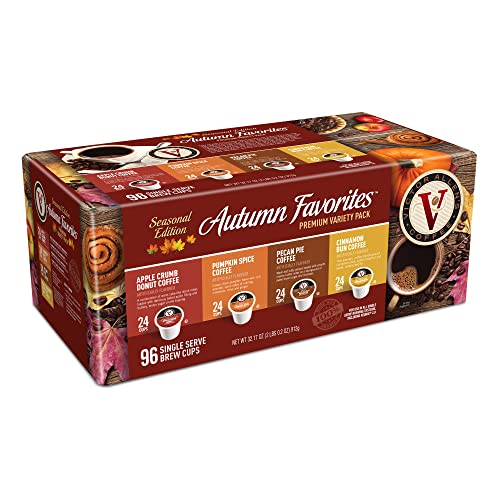 Our blind taste test pitted the top brands of pumpkin spice K cups against each other in a coffee smackdown! Which had the best aroma? Smooth flavor? What if you want a variety pack with other fall flavors?

• Notes of cinnamon and nutmeg.

• More spice than pumpkin flavor. Some of our testers liked more pumpkin in their pumpkin spice coffee . . . but that was a minority view. 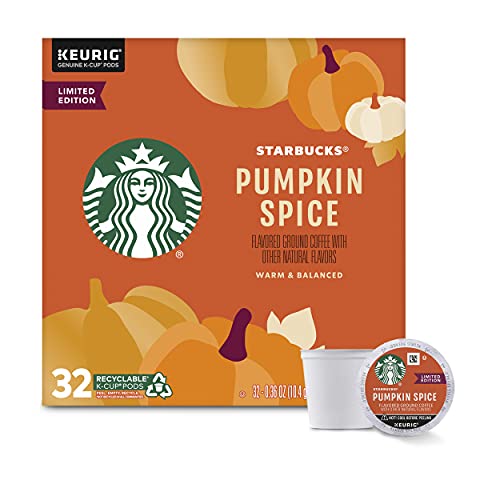 Great gift idea
Loved the flavor here! For those who prefer a lighter roast coffee, this one is from 100% Arabica beans. Loved the notes of nutmeg and cinnamon. Critics wish it had more pumpkin.
$19.99 ($0.62 / Count)

• Affordable. The price per pod is roughly 40% less expensive than Green Mountain.

• Some flavors (notably pecan pie) were a bit bitter.

• Oddly, not an even split between flavors. We thought this variety pack would have an even number of each flavor, but some were more numerous than others in the test pack we ordered. There are supposed to be 24 cups per flavor. We’re not sure if this is an isolated incident, but we do see a few other reports from folks with the same issue.

• Not as strong a flavor as our top winner. Some of our testers thought the pumpkin spice flavor was a bit weak, compared to other brands. However, other folks preferred that! 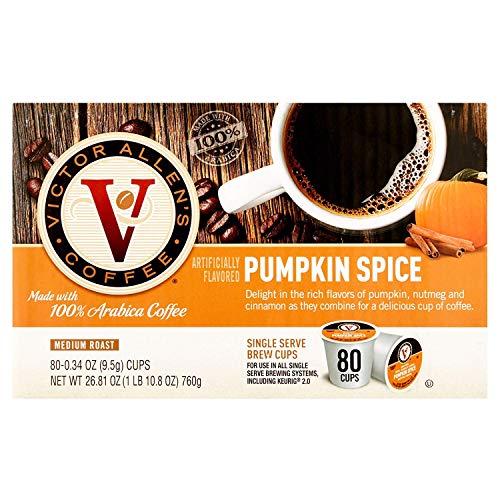 100% Arabica beans
This medium roasts pumpkin spice coffee has good flavor at a price that is easy on the wallet. Another bonus: it is generally available year-around (other brands are only seasonal).
$38.99 ($0.49 / Count)

• Blend changes from year to year. So if you liked last year’s Starbuck’s pumpkin spice, it may not be exactly the same this year!

The top winner in our taste tests (Green Mountain) is great, but rather pricey. For a more budget-friendly option that still makes a respectable pumpkin spice coffee, we’d recommend Victor Allen’s pumpkin spice. Good flavor at a price that is easier on the wallet.

• Affordable. These pods are about 27% less expensive than our top taste winner . . . but still quite tasty!

• A bit too heavy on the clove flavor notes, in our opinion!