Finding the best stroopwafel . . . and a bit of caramel cookie history!

It’s a tough job, but someone had to do it.

We ordered in stroopwafels—those gooey Dutch cookies filled with caramel—and did a blind taste test. Which was most yummy? What about other flavors besides caramel? And is there such thing as a reduced sugar stroopwafel that tastes as good as the full sugar ones?

Before we get to the winners, let’s take a quick look at the history of this quintessential Dutch treat.

Stroopwafles were invented in the 1840’s in the Dutch city of Gouda . . . yes, like the cheese.

The waffle-like cookie was formed from leftover breadcrumbs sweetened with syrup. The cookies went viral and are a favorite in the Netherlands to this day. Stroop is Dutch for caramel, by the way.

At one point in the mid 20th century, the town of Gouda was home to 17 bakeries that churned out stroopwafles (we’d love to live in that city just for the aroma).

Credit United Airlines for widening the appeal of stroopwafels—the airline started serving the cookies as a snack in 2016.

Caramel is the most popular flavor of stroopwafels, but you can also find honey and chocolate. And yes, there are gluten-free versions of stroopwafels—we’ll recommend one later in this article.

So what are the best stroopwafels? Here are the winners of our taste tests! 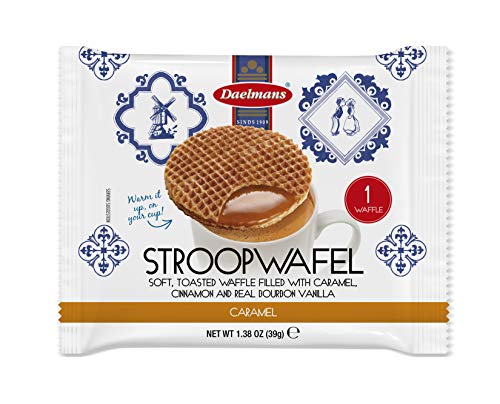 Individually wrapped
The winner! Loved the chewy cookie and just the right amount of caramel. Yes, they are on the small side . . . but fit perfectly on a cup of tea. Sweet deliciousness say our testers.

Chocolate + honey + caramel
Three flavors = even more yummy! Loved the chocolate caramel flavor here, but the honey is a close second. And yes, caramel is here too. Caveat: not individually wrapped.
$17.95 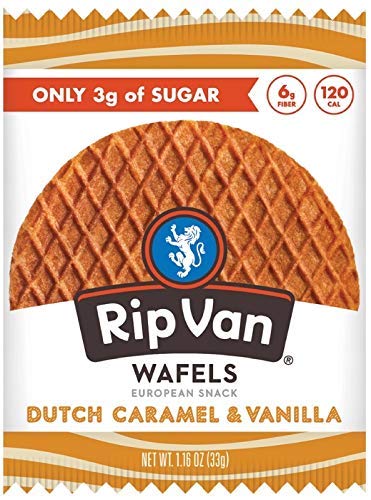 Only 3 grams of sugar per cookie
Yes, these stroopwafels are yummy, yet have 60% less sugar than others we tested. The secret: they're sweetened with monk fruit extract . . . yet no after-taste. No GMO's. Made in Canada. 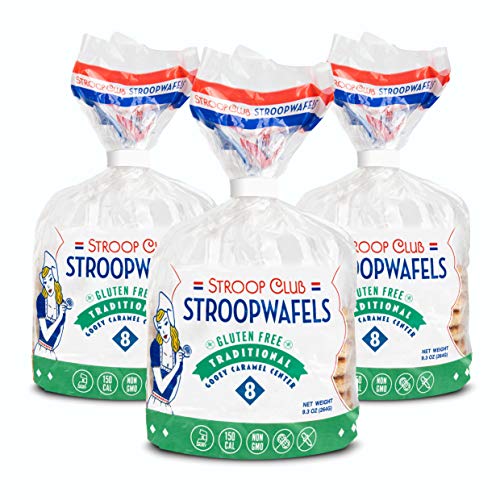 Can't tell the difference
These won our blind taste test for gluten-free stroopwafels—same great taste, no gluten. Made in Canada. Also nice: eco-friendly packaging. Caveat: a bit more calories than others we tried.
$25.99 ($1.08 / Count)