What is the best stollen? And what is the history of this tasty holiday bread? We dove into all things stollen by doing a blind taste test of several famous brands. Which had the best flavor? Here are our favorites.

Finding the Best Stollen: Our Taste Tests . . . And A Bit of History!

Made of macerated fruit and sometimes marzipan, stollen traces its roots to a baking contest held by the Bishop of Nauruburg in what is today near Dresden, Germany.

During Advent season, commoners were not allowed to use butter in their cooking. As a result, bakers used oil—and that made holiday breads like stollen hard and rather flavorless. So the Saxon nobility requested a reprieve from the Pope. It took awhile for the church to agree—and then butter was only allowed for the Duke and his family. Hence, stollen became known as the “the food of the kings.”

Today only certain bakers in Dresden are allowed to put a royal seal on their stollen.

Modern day stollen is made of flour, yeast, butter, raisins, citron, milk, sugar, lemon peel and spices. The fruit is often macerated in rum. After baking, the loaves are dipped in butter and confectioners sugar.

We tried stollen from several major brands in a blind taste test. Here are the ones we thought were best! 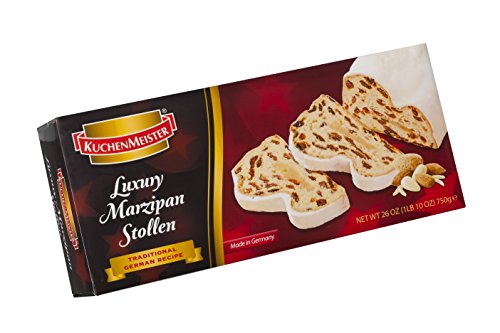 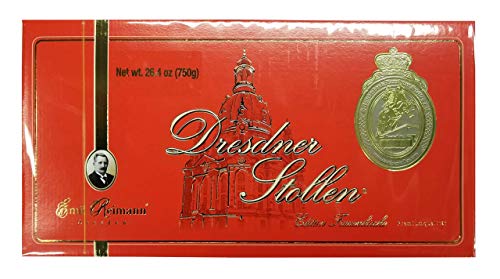 Dense, rich flavors
We appreciate the red presentation box for this stollen, which is delicious—and perfect with tea. Unlike others we tried, it has mixed fruit peel.
$39.95 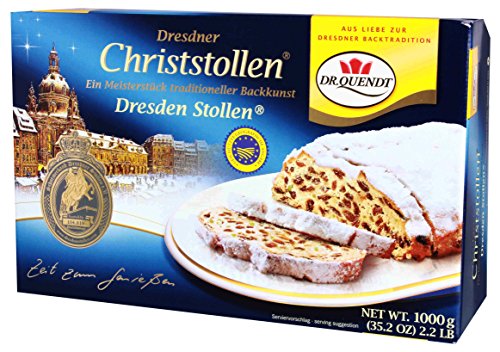 Authentic recipe
The star feature of this stollen is both the sweet and bitter almonds—these impart a rich flavor to the rest of the bread.
$45.00 ($1.28 / Ounce) 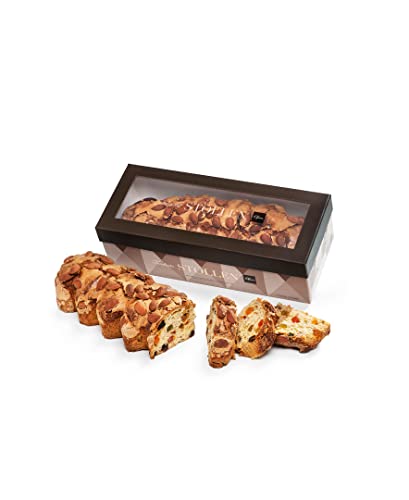 Small, but very tasty
Made in Brazil, this stollen surprised us with its complex flavors (walnuts and cashews are highlights).