How We Tested Pumpkin Spice Moisturizers

Yes, there are two kinds of folks in this world:

Those that love pumpkin spice.

And those that love pumpkin spice . . . but just don’t know it yet.

A certain coffee chain based in Seattle kicked off the modern era of pumpkin spice goodness back in 2003. That pumpkin-flavored beverage has seen its share of spin-offs, including pumpkin spice snacks, candy and even beauty products (including the lotions reviewed below).

However, pumpkin spice itself has been part of baking for at least 200 years. Writes Food & Wine magazine:

Before the pumpkin spice latte, pumpkin spice referred to a blend of spices that was used to flavor pumpkin pie, often combining cinnamon, nutmeg, ginger, allspice, and cloves. The spice blend has long been a part of the American baking tradition. In fact, there are two recipes for spice-filled “pompkin” pie in Amelia Simmons’ 1798 reprint of her cookbook American Cookery; one made with nutmeg and ginger, the other with allspice and ginger.

The first bottled version of pumpkin spice made its debut in 1933.

“Pumpkin spice has become a cultural icon, a representation of autumn as emblematic as changing leaves,” wrote Food & Wine.

To find the best pumpkin spice moisturizers, we removed the packaging before giving samples to our testers. That keeps the test fair, as fancy packages or containers can influence folks’ opinions, we believe.

After trying out several brands, here are the ones we think are best. 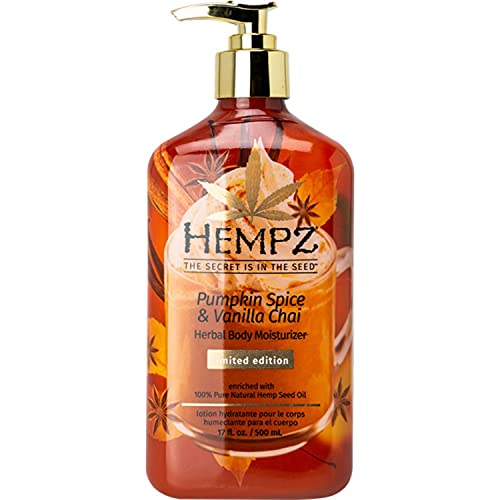 Made in the USA
We're not sure what we like more here: the sweet aroma of pumpkin spice? Or the notes of vanilla? Either way, we loved this lotion, although a few dissenters wished it was creamier.
$16.99 ($1.00 / Fl Oz) 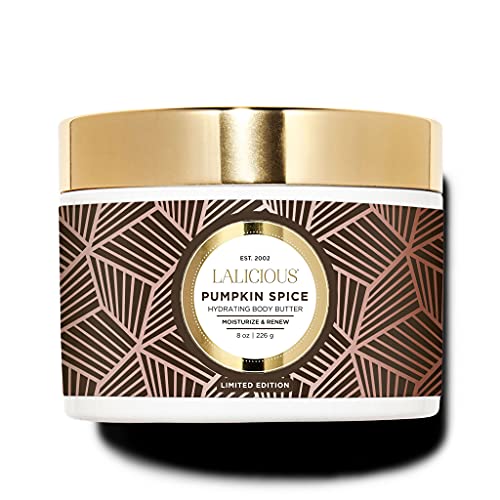 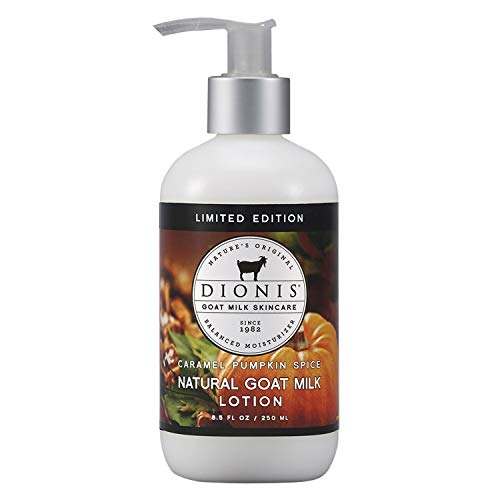 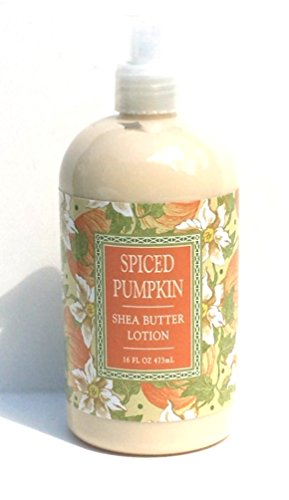