What is peppermint bark? This delicious treat combining peppermint candy and chocolate spurred us to set up a blind taste test of six brands of bark to find the best available. Here are the winners.

Peppermint bark candy, that chocolate confection that combines peppermint candy and layers of dark and white chocolate, has its roots in France.

All the way back in the Middle Ages, French bakers made “mendiants,” confections with traditional toppings that reflected four Roman Catholic mendicant monastic orders (and the colors of their robes): the Augustinians (dried figs, purple), Franciscans (raisins, gray) Dominicans (almonds, white) and Carmelites (hazelnuts, brown).

Mendiant roughly translates into “beggars of alms,” referring to monks to who took a vow of poverty in order to preach. Mediants were symbolic of coins or small amounts of food given to the monks.

Peppermint bark is great to eat all by itself, but you can also use it in recipes . . . like this one from Ghirardelli for Chocolate Brownies with Peppermint Bark: 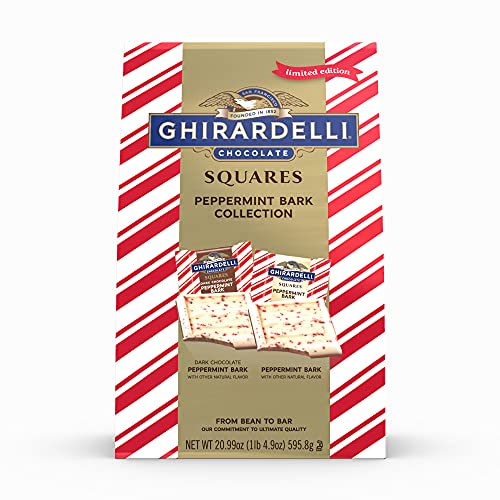 Excellent for baking
Loved the flavor and texture of these individually wrapped candies—great as a gift or use in a cookie or brownie recipe. FYI: this bag has both regular and dark chocolate bars. 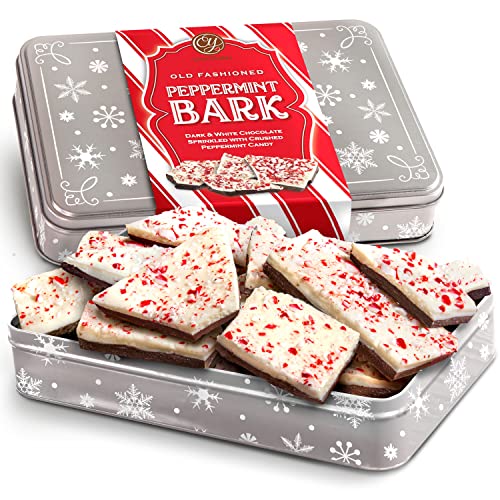 Layers of yummy white and dark chocolate
The thickness of this peppermint bark is the star here. We loved the keepsake tin and overall taste. Traditionalists appreciate the more bark-like design of these candies making them a great party treat. 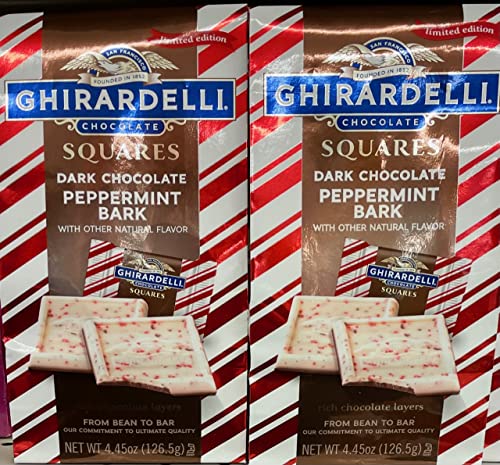 Great stirred into hot coffee
Dark chocolate fans among our readers loved these candies best—and we agree: the contrast between the cool peppermint candy and the rich dark chocolate was delicious. Bonus: they are individually wrapped.