What are the best full Murphy beds? To find out, we asked our parent readers for their real-world experiences. Then we spoke with two furniture industry veterans to get their insights. Here are the full-size Murphy beds we think are winners. 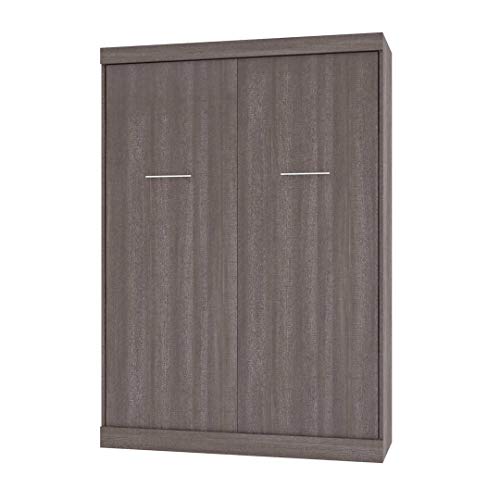 Made in Canada
Loved the sleek, dark grey cabinet that this Murphy bed folds into—easy-to-assemble and good quality.
$1,259.00

Invented around 1900 by William Lawrence Murphy, the Murphy bed was first called an “In-A-Door Bed.” Murphy was living in a one-bedroom apartment in San Francisco at the time he invented it.

Although fold-up beds pre-dated the Murphy bed, Murphy’s innovation was to add counterbalance weights and a pivot joint the bed. He patented these improvements in 1912 and 1916.

Yes, Murphy beds can be pricey—but we found one brand (Bestar) that was recommended by our readers and is easy on the wallet. Here’s more:

• Dual piston design makes it easy to pull down and release.

• Even with mattress, bed legs may not touch the ground. (One suggestion: go for a mattress that weighs at least 60 lbs.). 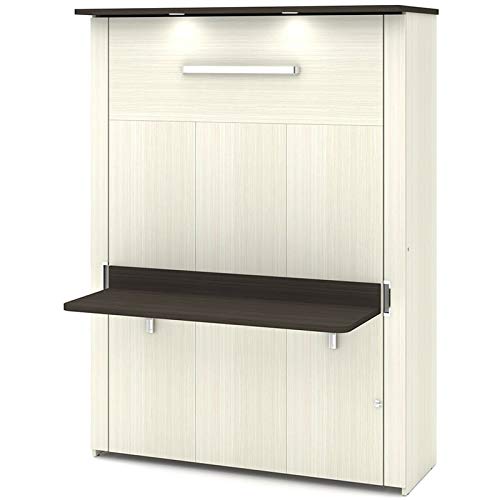 Dimmer switch is nice touch
This model is a reader favorite, thanks to the built-in desk and LED lights—perfect for turning that guest room into an office when you don't need the bed.
$1,803.04

Most Murphy beds simply fold up into cabinet that just takes up space (albeit less space than with the bed pulled out, but still). What we liked about this model is the built-in desk—when folded, you get a usable work space, letting you turn that spare room into an office on the fly.

• Bed must be anchored to the wall. This isn’t a major negative, but just another step required in installation. 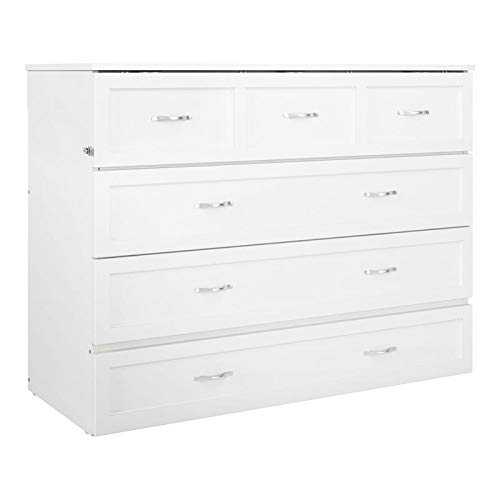 Cleverly disguised as a dresser
We liked how this bed hides into what looks like a chest. Also nice: includes a memory foam mattress. 2 built-in USB ports are a major plus.
$1,415.00

Most Murphy beds fold up into a tall cabinet and require you to purchase a mattress separately. This model is cleverly designed to fold into a chest—and yes, it includes a six-inch, memory foam mattress. Most impressive!