What's the best Mexican vanilla? We tried vanilla extracts, flavoring and beans from Mexico in several recipes. And then we did blind taste tests with vanilla enthusiasts. Here are the ones we liked the best.

Mexican Vanilla: What Makes it Different?

And how does vanilla from Mexico differ from that grown in other parts of the world?

Yes, there are 140+ types of vanilla, although most of the vanilla sold today comes from three countries: Madagascar, Tahiti and Mexico.

Wherever it is grown, the process is much the same: after the plant blooms, a vanilla pod is cut from the plant and then dried for a number of days (20 is common). A fermentation and ripening process continues for another two months.

Just as wine is impacted by the soil and weather where it is grown, so goes vanilla. Mexican vanilla is said to have a somewhat sweeter and spicier flavor compared to Tahitian or Madagascar vanilla.

Tahitian vanilla has a hint of cherry or floral notes. Madagascar vanilla is sweet and smooth, with less spice notes compared to Mexican vanilla.

As part of our series on the best vanilla (extract, beans, paste), we did a good deal of baking and tasting—and we would say Mexican vanilla did better in baked goods when paired with cinnamon and darker chocolate.

FYI: You’ll see both vanilla extract and “pure vanilla” reviewed in this article. What’s the difference? The US Food and Drug Administration says in order for a vanilla extract to be called pure, ut must have at least 35% alcohol.

You’ll note that some of the vanilla recommended in this article is alcohol-free—folks are divided on whether this makes better or worse baked good.

So, let’s get on with the winners. Here are our picks for the best Mexican vanilla:

Excellent for baked goods
This large bottle is a mix of both vanilla and vanillin—and we loved the rich vanilla aroma and flavor, especially in cookies. Caveat: additives and preservatives turn off some folks.
$7.47 ($0.22 / Fl Oz) 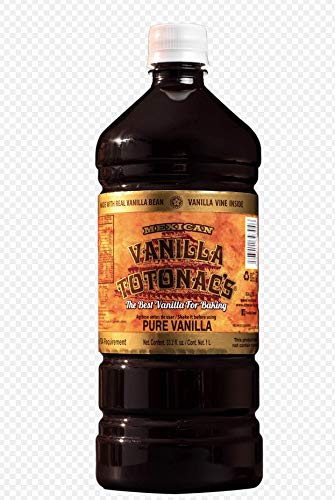 Great for beverages
Rich, smooth flavor is the hallmark of this brand—we liked the simple ingredients (no GMO's) and large size bottle, even if it is a bit on the pricey side.
$27.95 ($0.84 / Fl Oz) 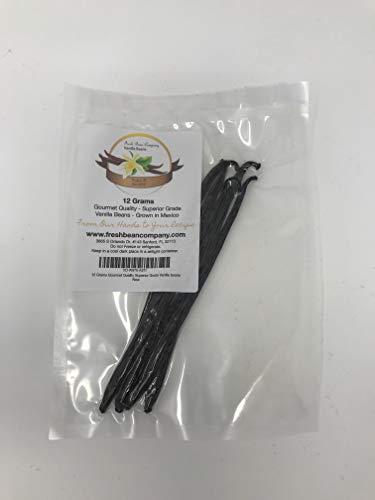 Wonderful for desserts
We loved the floral scent notes in this vanilla extract that is made without alcohol—that's excellent for vanilla treats that aren't baked (ice cream, beverages, etc.).
$12.99 ($30.78 / Ounce)

Spicier than others we tested
We loved the floral scent notes in this vanilla extract that is made without alcohol—that's excellent for vanilla treats that aren't baked (ice cream, beverages, etc.).
$15.00 ($0.45 / Fl Oz)