What is the best King Cake? And where did this carnival tradition come from anyway? We tasted King Cake from several top brands to find the best bets. Here are the ones we like best.

A Brief History of King Cake—And Our Taste Tests!

This sweet treat is a staple at Mardi Gras parties. But where did it come from? And how did it evolve into the King Cake we know today?

Mardi Gras, aka Fat Tuesday, is the traditional day of excess before Lent, that 40-day period of fasting before Easter.

As part of Mardi Gras celebrations, King Cake traces its roots back to Roman times, when a slave would become “king for a day” during the celebration known as Saturnalia.

With the Roman Empire’s spread across Europe, King Cakes developed as a tradition from Greece to Portugal, France to Bulgaria. Of course, each country put its own spin on King Cake. (Hidden inside the King Cake is a tiny plastic baby or coin—whoever gets the prize is King for the day—and gets to host the next party and provide the cake).

In New Orleans, King cake is typically a sweet yeast dough cake braided with a praline or cinnamon filling. White icing is sprinkled with colored sugar (purple, green, gold—which symbolize, justice, faith and power, respectively). Here’s a look at a sliced King Cake from one of the brands that topped our taste tests:

Speaking of taste tests, we did a blind taste test of King Cakes from several brands. Then we also tried out King Cake mixes, for those do-it-yourself bakers out there.

Here are the ones we liked the best: 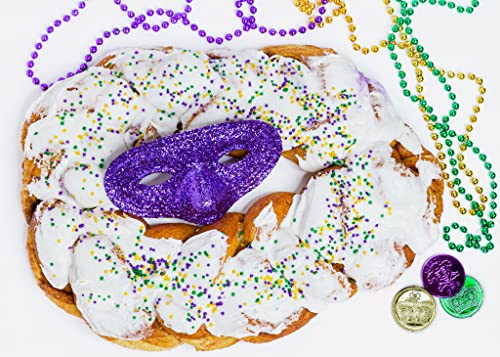 Super moist and fresh
Love the cinnamon swirl in this cake—and the icing was delicious. Also nice: it comes well-boxed for transit.
$64.99 ($64.99 / Count) 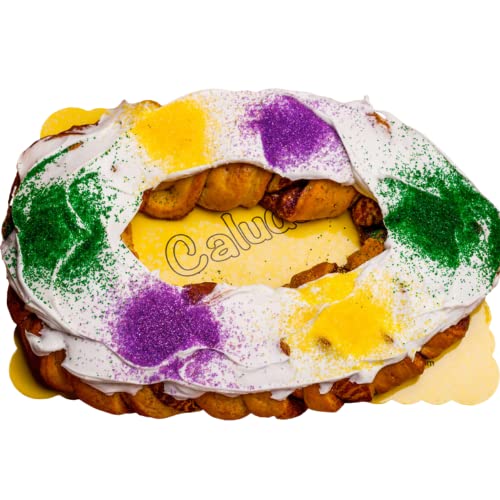 Made in New Orleans
This cake impressed our taste testers with its overall flavor and freshness.
$64.99 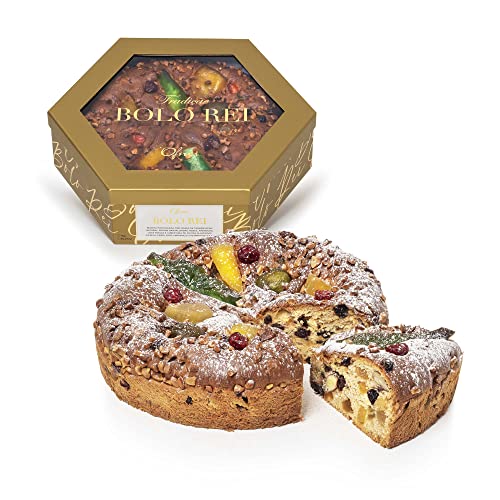 Not too sweet
We like the taste of this cake, which reminds us of Italian Panettone, but is somewhat denser. Topped with nuts and fruit, it was a treat.