What is the best fruitcake? To find out, we gathered fruitcake enthusiasts among our parent readers for a blind taste test. Which was best? Moist and delicious? Here are the winners.

A Brief History Of Fruit Cakes—And How the Great Fruit Cake Toss Came to Be!

How did these dense confections become famous .  . . and infamous?

Fruit cakes date back to ancient Rome. Without refrigeration, bakers used nuts, raises and honeyed wine to preserve the cake. It was carried by soldiers, thanks to its long shelf life. Think of fruit cake as the original energy bar!

In England during the Renaissance, meat was added to fruit cake, at least when they first made it. And wine and sherry were used as preservatives. Why did the English adde meat to fruit cake? Well, meat was expensive . . . and fruit cakes were a way to preserve meat.

By the Renaissance, the meat was dropped from fruit cake recipes—in England, fruit cakes became plum cake called “plum pudding.” Fruit cakes are still popular in the UK as wedding cakes, believe it not.

Fruit cake’s reputation as the butt of jokes is largely attributed to Johnny Carson, who hosted the NBC Tonight Show from the 1960’s until his retirement in the early 90’s.

Carson joked that ““The worst gift is a fruitcake. There is only one fruitcake in the entire world, and people keep sending it to each other.”

Fruitcakes popularity sank after Carson’s repeated fruit cake jokes . . . and only began to rise again after Carson retired in 1992. It’s hard to believe a single comedian could sink the popularity of a confection that endured for centuries, but there you go!

Assuming you don’t just eat the fruit cake you purchase from this article, what if you are blessed with a fruit cake you aren’t quite sure what to do with?

Every year in January, the town of Manitou Springs holds the Great Fruit Cake Toss. Founded in 1996, this community event has “old fashioned games of tossing fruitcakes. Events (are) pure feats of strength, talent, balance and taste!”

So if you are ever in that neck of the woods and always wanted to toss a fruit cake, there you go! We gathered fruit cake enthusiasts among our readers to find the very best fruit cakes via blind taste test. Yes, that happened! Here are the winners: 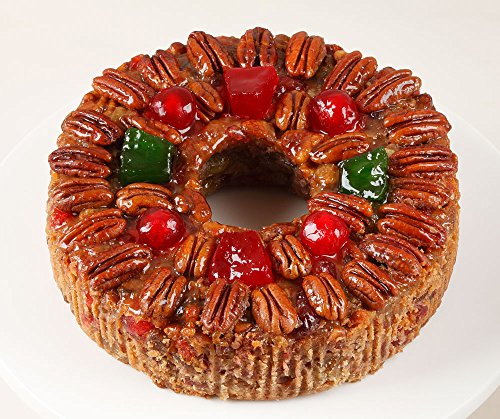 Gift-worthy decorative tin
Loved this fruit cake for its moist texture. And yes, this bakery in Corsicana, Texas has been shipping fruit cakes since before the internet. Very yummy!
$39.95 ($2.50 / Ounce) 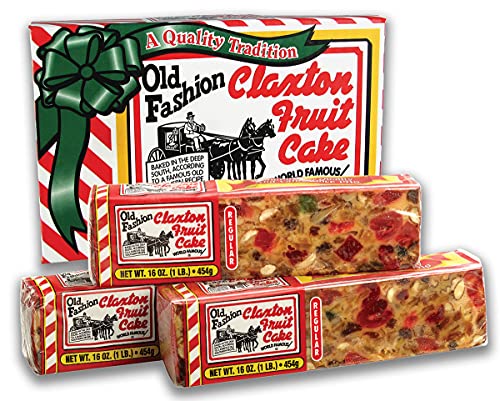 Made in Georgia
This three-pack of fruit cakes are individually wrapped—you can gift two and keep one for yourself. We loved the fresh taste.
$23.95 ($0.50 / Ounce) 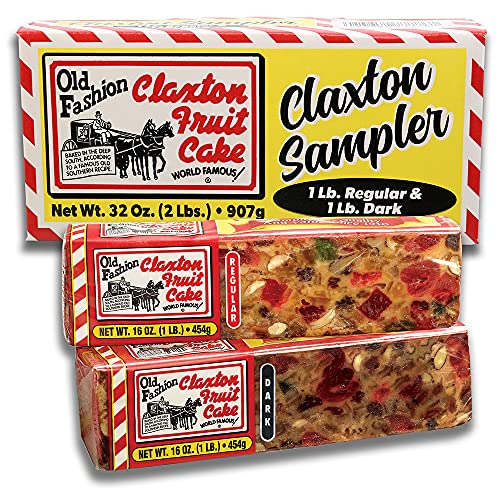 Moist and tasty
Yes, this pack includes both a dark and light fruit cake. The dark cake is made with sun-dried raisins plus extra spices and molasses. Delicious!
$17.95 ($0.56 / Ounce) 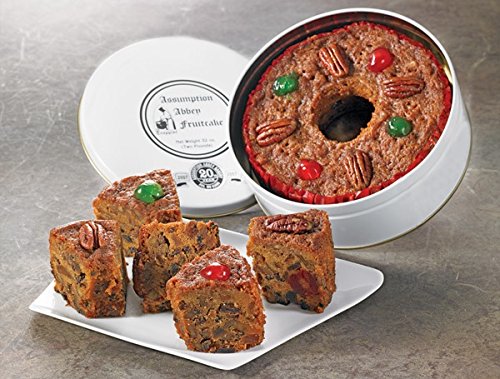 Baked in Missouri
Fruit cake purists love cakes that are made with actual alcohol—in this case, rum and wine. We loved the rich taste, with the pecans and raisins balancing each other in texture.
$41.95 ($1.31 / Ounce)