FYI: We've been reviewing and rating products for the families since 1994. To keep things independent, we don't take money or freebies from brands we review! Our work is 100% reader-supported!

Be Mine: The Fascinating History of Conversation Hearts

Did you know that conversation hearts—otherwise known as candy hearts or sweethearts—started as medicinal lozenges, invented by a Boston pharmacist?

Back in the 1800’s, lozenges were a popular way for folks to take medicine, but making them by hand was laborious. Bostonian Oliver Chase invented a machine that stamped out lozenges . . . and then soon found a way to print little messages on them. (Of course, candies with messages on them pre-dates conversation hearts—scalloped candy shells in the 1800’s had little printed paper messages.)

Chase quickly pivoted to candy from medicine, after the lozenges proved popular.

Chase’s company company later became the New England Confectionery Company . . . which  you may know better by its initials NECCO. Chase’s original lozenges morphed into what are known today as NECCO wafers.

The first conversation hearts weren’t actually hearts—they were disks. It wasn’t until the start of the 20th century that the heart shape first appeared (along with other fun shapes like horseshoes).

Of course, the sayings have changed over the years. The larger disk or lozenge style conversation candies could fit longer sayings—for example, ““WHY IS A STYLISH GIRL LIKE YOU A THRIFTY HOUSEKEEPER?”

The shorter “Kiss Me” and “Be Mine” are classics . . . but the company that make the hearts have dropped some sayings over time (for some reason, “Fax Me” no longer appears on hearts).

In 2013, the Atlantic Magazine reprinted a list of the dropped sayings over the years:

Of course some sayings are timeless—”The One I Love” first appeared in 1902 and still is there today! 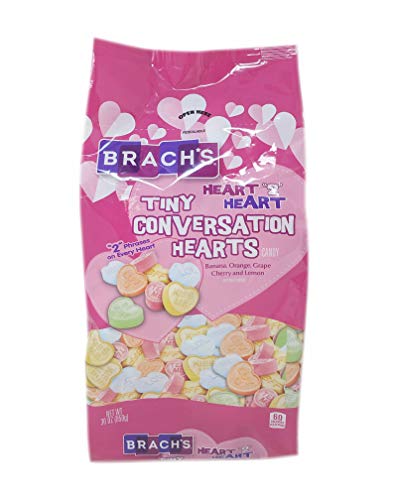 Banana, orange, grape, cherry and lemon flavors
Just the right amount—not too big or too small a bag, these candies feature the "classic sayings" such as "Kiss Me" and "Be Mine." Great for traditionalists. Also handy for crafting! 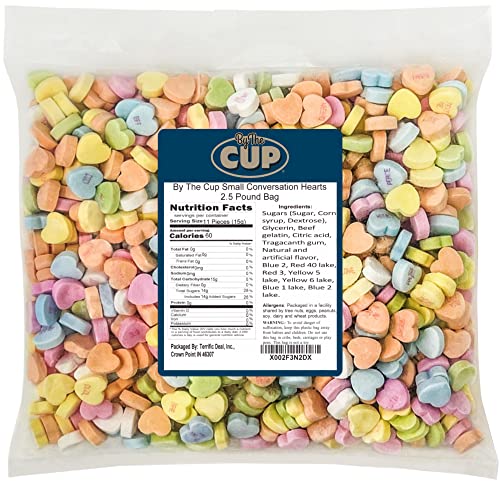 Best-tasting hearts
Great flavors and easy on the wallet, this bag has a variety of flavors (our favorite: lemon-line and cherry). Fruity and flavorful, plus those ever-cute sayings.
$14.99 ($0.37 / Ounce) 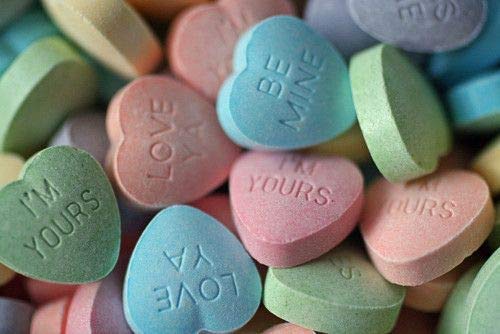 Very tangy!
Sour candy lovers, unite! These conversation hearts take the traditional candy and put a tart spin on it—loved the cherry and grape flavors, although green apple is quite good as well. Nice texture. 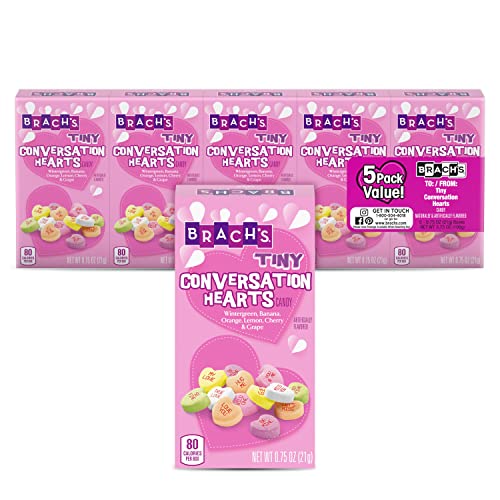