Last Updated: Feb 11, 2021 @ 3:10 pm.  Milestone blankets are a fun way to photograph your baby as the weeks and months go by, documenting all those little changes and sharing with your friends. We tried out a dozen baby milestone blankets to come up with these picks. We looked for the best comfort, quality and background design. Here are the best bets.

FYI: We are Baby Bargains, the #1 online resource for honest and independent gear reviews. No, we don’t take money from the brands we review! We are 100% reader supported. Thanks for reading this article.

No need to grease up before using.
This pan is just the right size—not too big or too small. We liked the overall performance and those handy handles. Yes, it is easy to clean (dishwasher safe).

Originally from central Europe, a brioche-like cake originally called a Gugelhupf eventually morphed into the bundt cake we know today. In Germany, the word for these doughnut-shaped cakes was Bundkuchen. This was shortened to bundt by the time the cake became popular in the 1960’s, thanks to a “Tunnel of Fudge” cake recipe that won a Pillsbury bake-off in 1966.

FYI: The “Bundt cake pan” is a trademark of Nordic Ware cookware company. That’s why pans for bundt cakes sold by other cookware companies are called fluted tube pans. They are basically the same thing: a ring-shaped pan with scalloped edges.

For the best non-stick fluted pan, we tried out several different brands before picking Wilton’s Perfect Results Non-Stick 9″ Fluted Pan—we’ve had excellent results with this pan, which also is easy on the wallet.

• Heavy weight.Yes, this pan is made of cold rolled steel.

• Handles are quite handy.

• Good size. This pan isn’t too big or too small. Yes, it holds up to 10 cups—since you don’t fill it up to the brim because batter expands, we use this pan for bundt cake recipes that are 8 cups.

• Outside sometimes cooks faster than interior. Since this is a dark pan, we recommend lowering the required temperature by 25 degrees to prevent this.

Non-stick, easy to clean.
Yes, this pan fits perfectly in a 6 or 8 quart Instant Pot. Besides cakes, you can also use this pan for other recipes like mac and cheese (yes, please). Caveat: small 6 cup size, smaller cakes.

Yes, we love our Instant Pot too. This official fluted cake pan can be used in either the six or eight quart Instant Pot models—and it worked well in our tests. Here’s more:

• Six cup capacity = smaller cakes. This is fine if you don’t need a large cake—but if you want to make a cake for a special celebration or party, the six-cup size is sub-optimal.

• No handles. That makes removing the cake somewhat of a challenge.

Made in the USA, hand wash only
This 12-cup pan is the workhorse for our favorite Bundt cake recipes—excellent performance but be aware: it is NOT no-stick! Grease it up good before baking.

It’s the O.G. Bundt cake pan: Nordic Ware has been making these pans for since the 1940’s and the experience shows. (FYI: Bundt Cake Pan is a trademark of Nordic Ware).

Here’s what we like about this pan: you don’t have to think about it. It just does its job, time after time. What more can you ask for?

• Must grease it up! This pan is NOT no-stick. Our advice: use melted butter and a pastry brush to get in every crevice. (Add flour if your recipe calls for it).

• Outside can cook quicker than inside of cake—lower the oven temperature by 25 degrees to prevent this!

Non-stick coating is the star here.
What’s better than a cupcake? A super cute mini bundt cake. This pan does the trick, with molds for a dozen mini cakes. Easy to clean.

If you like cupcakes, you’ll love mini bundt cakes—fun, cute and Instagram-ready.

Wilton’s Mini Flute Tube Pan is our favorite pan for these mini cakes. Great performance at a price that is easy on the wallet.

• Smaller size than expected. Yes, this is a MINI cake pan . . . but some folks are disappointed that the resulting cakes are too small (about 1.5″ in diameter). 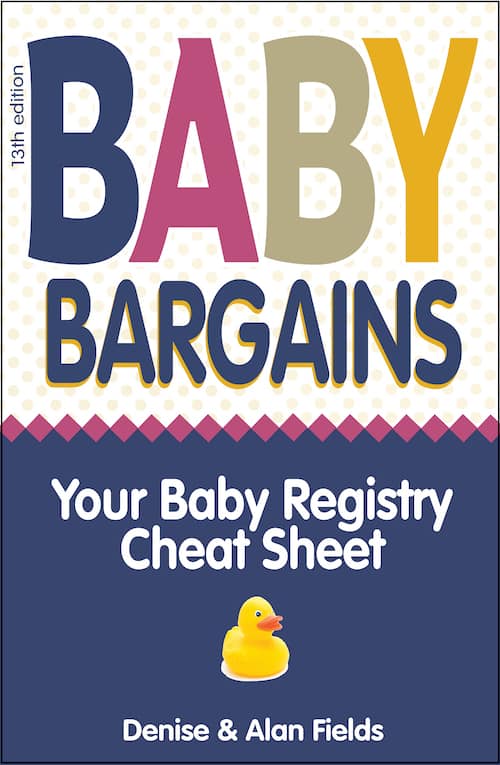