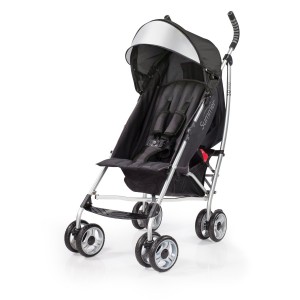 Best known for its video baby monitors, Summer debuted a stroller line in 2010—the focus is on lightweight, umbrella-style models. Here’s an overview.

The models. Summer’s inauspicious debut in this category was a giant stroller called the Prodigy, which looked like a Graco model from the 1990’s—bulky, heavy and ugly. And that was its better features.

Summer wisely buried that model like Atari ET cartridges in a New Mexico landfill and rebooted its stroller line with four lightweight umbrella strollers under their 3D sub-brand: 3D lite, 3Dflip, 3Dyzre and 3D-one. (Not sure what the 3D part means—aren’t all strollers three dimensional?).

The 3D lite ($62, 12 lbs.)  is a two-handled umbrella-style stroller that features a full seat recline, pop-out canopy, easy access to the basket and cup holder. This stroller is Summer’s biggest seller.

As you might guess from the name, the 3D Flip ($92, 16.3 lbs) features a seat that flips over so baby can face the parent or out. The canopy also flips around.

The 3Dtote is a version of the 3D with a larger storage area ($98). Unlike most strollers where the storage is under the seat, the 3Dtote putes the storage behind the seat.

In the past year, Summer debuted the 3Dtwo—yep, a double tandem stroller ($200, 21.1 lbs.)  that features one-hand seat recline, adjustable footrest, stadium seating and cup holder. The 3Dtwo is designed for kids aged six months and up and, hence, is not infant car seat compatible, unfortunately.

New for 2018, Summer has debuted both the 3DtoteCS+ Convenience Stroller ($180)and the 3Dmini ($45). The mini weighs a mere 10.8 lbs. and comes with a higher handlebar, pop up canopy, parent console with two cup holders, small basket and auto lock.

The 3DtoteSC+ has an extended canopy, adjustable footrest, cell phone holder, pedicure friendly brake, standing one hand fold with auto lock and parent pocket. It weights 16.4 lbs. and accepts Graco and Chicco infant car seat without needing an adapter. The prices on these strollers are definitely affordable. As they are very new to the marke, we’ll see what parents think of them, once we get more feedback. 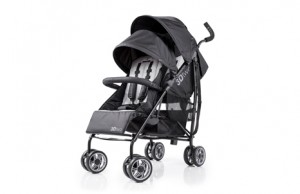 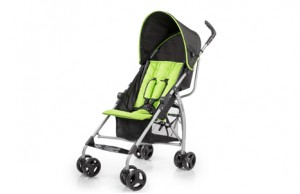 Besides the 3D stroller line, Summer has a couple of other stroller models. The Go Lite is a super lightweight ($65, 11.4 lbs) stroller with smaller wheels and partially reclining seat. It is very similar to the 3D lite but less expensive.

Our view. Summer 2.0 is definitely an improvement—we like the lower prices and feature mix here. The 3D lite is probably the pick of the litter—we liked the seat recline, although it does require two hands.

Reader feedback on the 3D lite has been mostly positive. Fans love the value and ease of use. Critics say the stroller is great while it lasts—but we see scattered reports that the stroller broke after a few months. Others knock the skimpy canopy, which is unfortunately common in under $100 umbrella strollers. Notably, the newer models (3Dzyre, 3Dflip) have better canopies . . . but of course, they cost more than the 3D lite.