Stroller brand review: Mamas and Papas. No, not the 1960’s folk rock group. Mamas and Papas (M&P) is the UK-based baby product manufacturer and retailer that landed in the U.S. in 2010. In Britain, the brand is similar to Graco, selling products across several categories. Unlike U.S. competitors, Mamas and Papas not only makes baby gear but also runs their own chain of stores in Britain.

The models. The flagship model here is the oddly named Armadillo, a “big little stroller” as the company bills it. The Armadillo (

The Armadillo has been so successful that M&P has rolled out three spin-offs: the Armadillo XT, City2 and Flip XT3. These strollers are becoming difficult to find leading us to think they are phasing them out. The Armadillo XT (

) is a narrower, lighter weight version with a roll-up breathable seat panel.

Mamas and Papas also makes the Flip XT3 is it’s lightest weight full size stroller. The seat reverses and the stroller folds with the seat in either position. It has a one hand fold and full recline plus a large canopy. 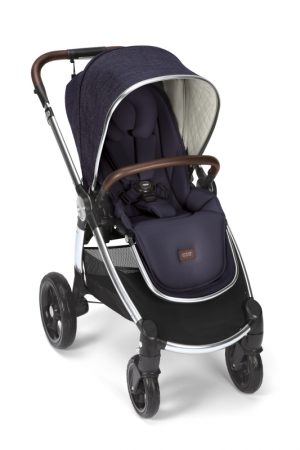 The most recent Mamas and Papas stroller in the stable is the Ocarro, a full-featured 30 lb. stroller for

Our view. When Mamas and Papas invaded the U.S. a few years ago, they fell victim to one of the classic blunders of European stroller companies. The most famous of which is “never get involved in a land war in Asia.” But only slightly less well known is this: never assume the stroller that sells well in the UK will appeal to Americans.mama

Hence, the first round of Mamas and Papas strollers brought to these shores was met with the sound of one hand clapping. They were too heavy, too expensive, had dinky storage baskets, lacked cup holders and were cumbersome to fold. They might be a hit in London, but in Houston, they bombed.

To their credit, Mamas and Papas regrouped and released the Armadillo (and later the Armadillo XT and City2). Despite being clearly derivative of other animal-named strollers, at least this stroller hits all the right notes—relatively light in weight, easy to fold and spacious in storage. Parent reviews of this family of strollers is positive.

Feedback on Mamas and Papas other models have been mixed. While fans like the overall features of the strollers, critics point out little problems are always popping up—a cup holder that doesn’t stay in place, wheels that squeak or click after a month of usage.

The fold of many models is probably the biggest criticism here—”user unfriendly” is how one parent described it. Even the Armadillo, while an improvement, is pretty stiff and difficult to close with one hand. Compared to the one-step, one-hand fold of Baby Jogger its a pain. Oh and the Armadillo stroller can’t fold when the car seat adapters are attached.

And why no car seat adapter for Graco for the Armadillo? Did they miss the millions of these infant seats being sold?

Bottom line for the strollers: it is mixed review for Mamas and Papas. Kudos to the Armadillo for hitting the mark. Baby Bargains Resale Rank: Excellent. Rating: B- Stroller brand review: Mamas and Papas