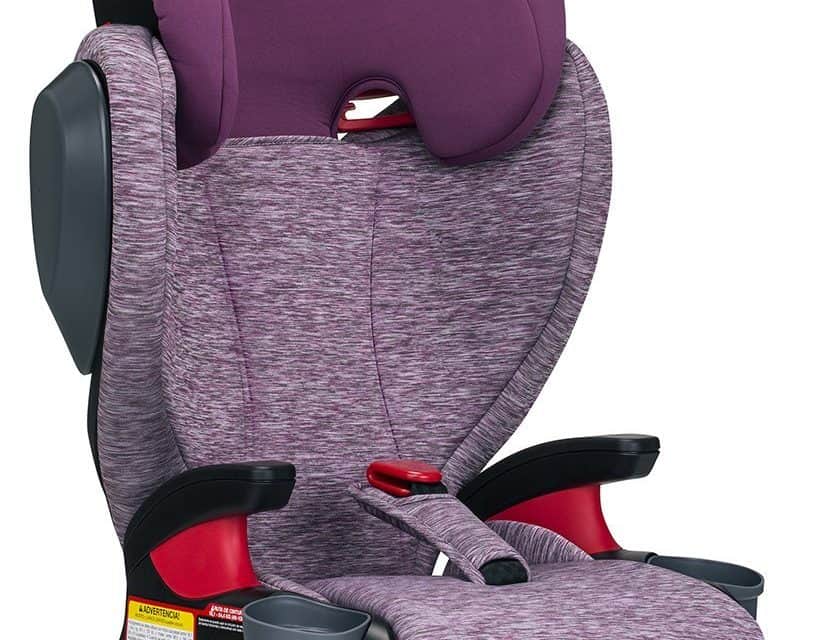 Britax’s previous entry in the belt-positioning booster category, the Parkway SGL, was introduced over 10 years ago. It is still for sale for $100.

So what’s the difference between the Parkway and the Highpoint? Why is the latter $50 more? First, here’s a look at the Highpoint’s key features: The Parkway SGL’s side impact protection is simpler: two layers including the “deep energy-absorbing shell” and a foam-lined headrest.

Both seats work from 40 to 120 lbs as a belt-positioning booster.

The Highpoint has a 10-position adjustable headrest, while the Parkway SGL has four positions.

Another key difference: the Highpoint has a flexible LATCH system, while the Parkway is a rigid LATCH. What’s that? The LATCH system keeps the seat secure in the car so it doesn’t fly about in an accident. It doesn’t secure the child to the seat, however.

There are two flavors for LATCH: rigid and flexible. The latter gives a bit more flexibility in installing the seat, given the seat back angle. However, rigid LATCH works fine in most vehicles.

Finally, we should note the Highpoint is taller than the Parkway: 21.5″ versus 18.” That means it could be a tighter fit in smaller vehicles, as it might block the view out the rear window. The Highpoint is also about an inch wider than the Parkway—that’s interesting, because while they both work up to 120 pounds, the slighter larger width would mean larger kiddos would be more comfortable.

There are couple of minor differences between the two seats too . the Parkway SGL has integrated cupholders that retract into the seat. The Highpoint’s  cup holders are fixed—they don’t slide into the seat base when not in use. That could be important if you are trying to fix three seats in the same row—the cup holders may need to be removed. (And of course, when they are removed, they will be promptly lost).

Finally, the Highpoint features three fashions that are more contemporary looking (space dye); the Parkway SGL has on older look with solid patterns. To sum up, the Britax Highpoint ships at the end of April 2018 and runs $150, about $50 more than the Parkway SGL. The main difference is additional side impact protection and a more adjustable headrest. The seat had not shipped as of this review; we will update this point with reader feedback once the seat is released into the wild!