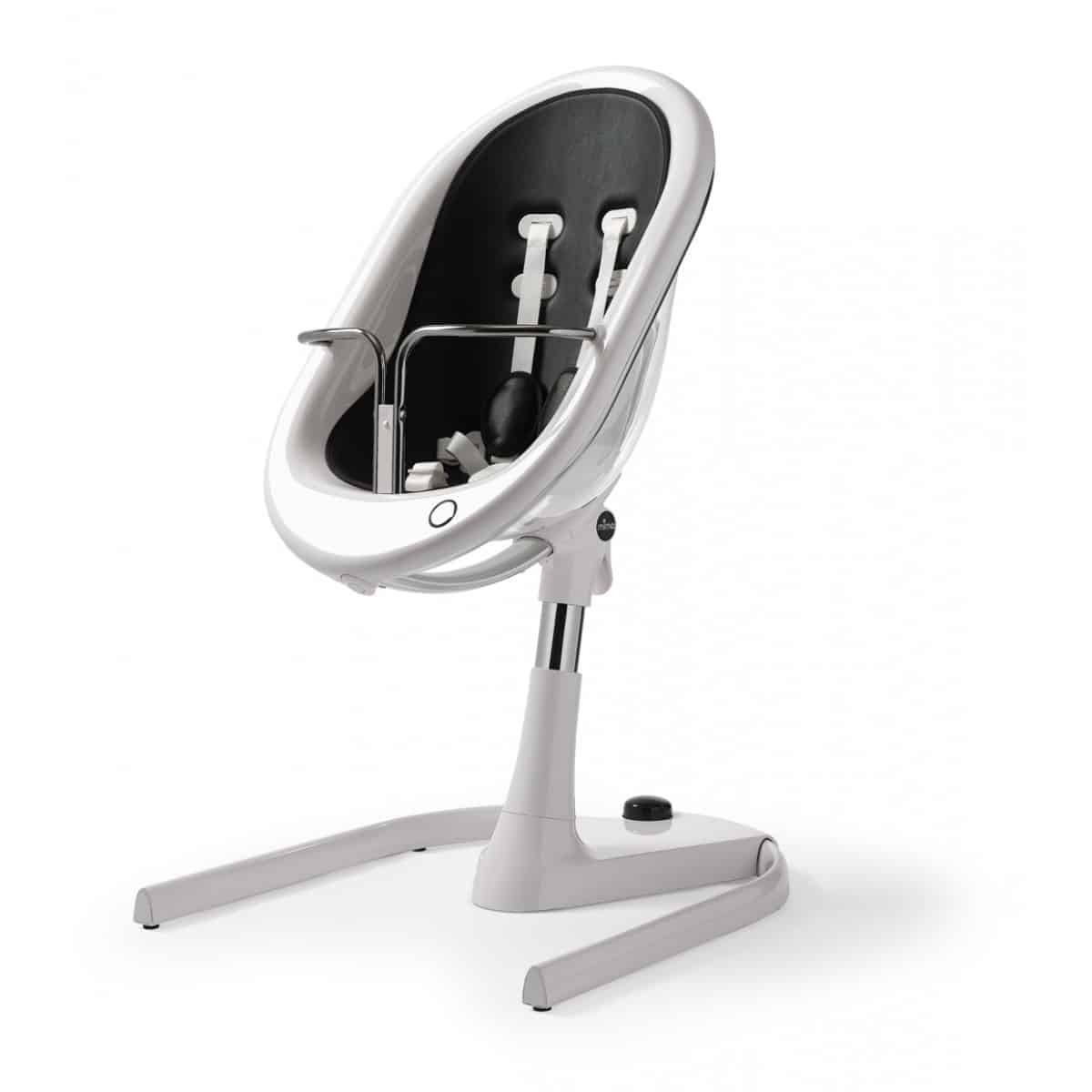 Egg shaped high chairs are kind of a thing lately, at least amongst expensive high chairs. There’s the Bloom, the Fresco and now the Mima Moon. Gotta give them credit: the name is pretty cute. And their chair does look cool. But we know you’re not just into cool. You want great features at a good price. Does the Moon deliver?

First, here’s what you get for a mere $600: lightweight aluminum frame, foot controlled pneumatic lift, multiple recline positions, wipe clean pad and toddler booster seat. The submarining bar is attached to the tray (we like it better attached to the chair), and there is no second snack tray as you might see from other manufacturers. Accessories include an infant baby headrest, infant footrest and a junior chair cushion for older toddlers.

Still, that’s a lot of money. You can buy the Boon Flair for less than half the cost of the Mima. And you’ll still get the foot activated pneumatic lift. The Flair has a dishwasher friendly double tray; the Mima has only one tray which doesn’t appear to be dishwasher friendly. But it looks cool, right? Well, yes we agree that the online photos are impressive. But up close, in person we were disappointed with the Moon. The chair wobbles too much and looks rather cheap. Also, Mima experienced a recall in 2015, noting that the seat pod can loosen from the base and fall to the floor. Presumably, the chairs being sold now have been fixed. But still that’s a major hazard.

Overall, we just weren’t that impressed with the Mima Moon. They definitely get style points, but at $600 it should be more than just pretty. Rating: D