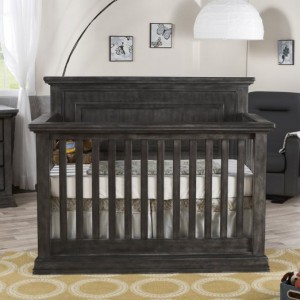 Italian furniture maker Pali traces its roots to 1919, when the Pali family started out making chairs in Northern Italy. The company switched its focus to juvenile furniture in 1962 and then rode a wave of popularity in the 90’s, when its Italian-made cribs and dressers won fans for their craftsmanship and stylish looks.

Pali has had its ups and downs in the past decade, but lately they’ve been mounting a comeback. To compete on price, the company switched production to Vietnam (made with wood from Europe) and lowered their prices—cribs now start at $400 and most styles are in the $500’s. A double dresser in the mod-looking Trieste collection is $1200; other dressers are in the $600 to $900 range.

In recent years, Pali began selling furniture sets (crib plus dresser) for $1600 to $2500. In the category of Everything Old is New Again, Pali has re-introduced furniture made in Italy. These cribs run $700 and five-drawer dressers about the same. At the time of this writing, there are a handful of collections made in Italy; the other collections are made in Vietnam.

New for 2017 is the Diamente, with a fabric panel inside the crib (convertible version) or outside on the end panels (“classico” model). We’re not big fans of upholstered cribs (for cleaning reasons), so the Siracusa (also new for 2017) with its diamond pattern theme seems like a better bet: Our favorite crib in Pali’s line is the affordable Imperia low profile crib ($400).

How’s the quality? Better—Pali has improved quality in recent years. Yes, Pali uses birch veneers in some collections instead of solid wood like Romina. Of course, you’ll pay much more for a Romina dresser than Pali. FYI: Pali is now using three woods in its collections: poplar, New Zealand pine and rubber wood. Pali is also adding self-closing drawers to all its new collections.

Critics of Pali knock the brand’s customer service, especially when folks order online. Reports of shipping damage, order delays and unreturned customer service calls for missing parts are concerning. If you can, it may be best to buy this brand from a store instead of online.

We should note these customer service issues are scattered—while we see complaints on Amazon (from several years ago), customer reviews on WayFair (as well as our own readers) are more positive on Pali.

Bottom line: Pali is a good, mid-price brand that offers a dash of European design flair and decent quality. Rating: A