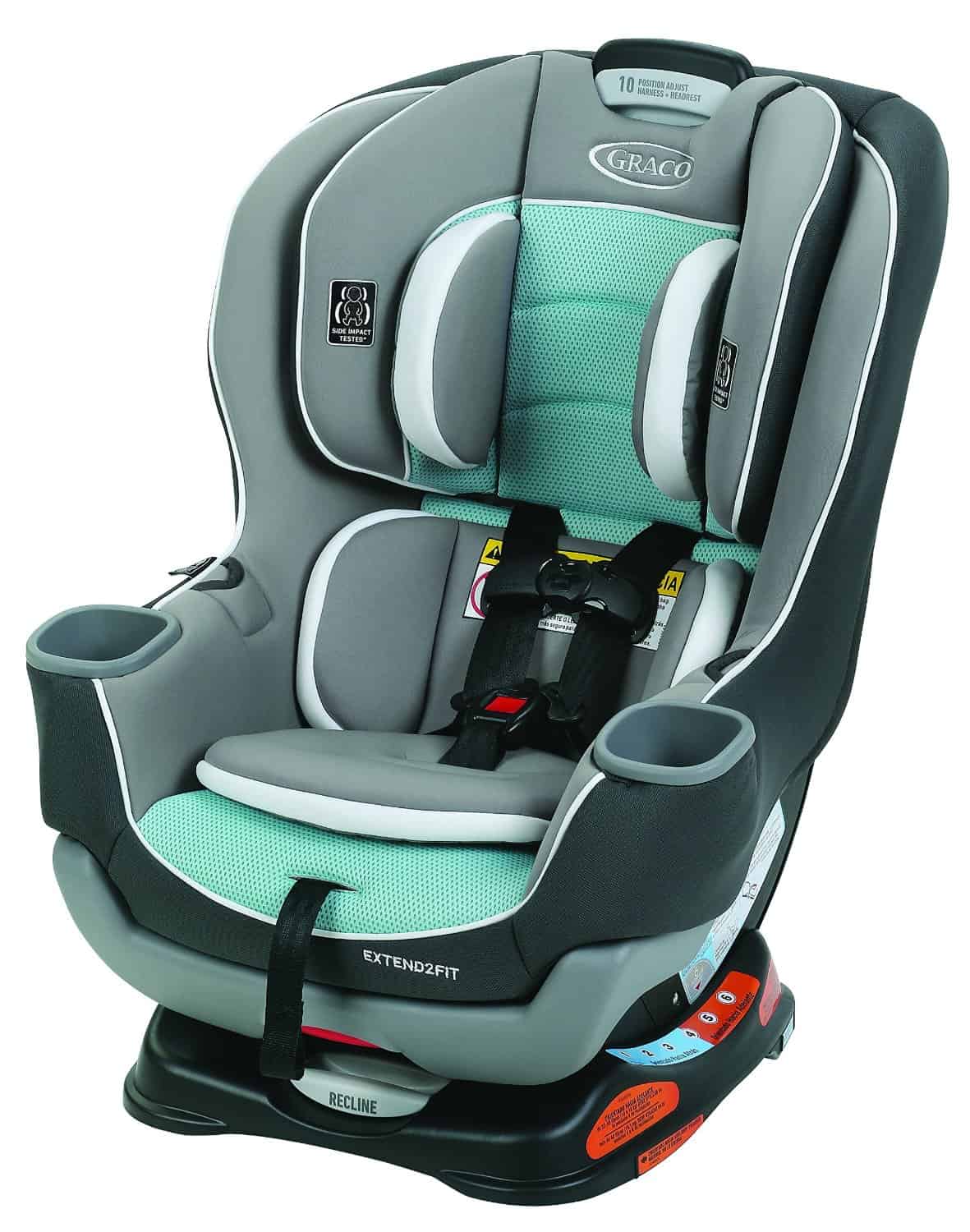 Cons: Extended rear facing will probably require a lot of real estate in the back of a vehicle.

Comments: Extended use of rear-facing car seats came into vogue back in 2011 when the American Academy of Pediatrics recommended all kids ride rear-facing until age 2. Of course, Europeans have been all over the extended rear-facing craze for much longer—it isn’t unusual to see a toddler in Sweden ride rear-facing to age four or longer.

The reason? Study after study show children riding rear-facing suffer much fewer injuries than those in forward-facing seats.

Rear-facing limits have been increasing here in North America, with most convertible car seat now able to rear-face until a child hits 40 lbs. But if you want to go further?

Graco answered that question with a brand new seat: The Graco Exend2Fit is the first convertible seat in North America to reach the 50 lb. rear limit. Since the average boy doesn’t hit that weight until age six or seven (girls around age seven or eight), you could theoretically keep a child rear-facing in this seat until kindergarten. The Extend2Fit has four position recline, a headrest with ten positions and no rethread harness. And, yes, there are two integrated cup holders.

So what’s the downside to the Extend2Fit? As you can tell from the picture above, you’ll need a good amount of room to get the most out of this seat. Note how the front passenger seat is pushed forward. We have serious doubts about how will this seat would work in compact vehicles.

This seat was released in 2016 and reviews from our readers have been most positive—folks say it is easy to install and use. The extended rear-facing use is the star here—our readers rave about the ability to keep a five or six year old rear-facing.

We also saw some reports about poor fit for some younger babies (under a year of age): a few folks told us the headrest and infant pillow causes a baby’s head to slump forward, so their chin was touching their chest. Uncomfortable to say the least and some parents of toddlers told us their kiddos let them know their displeasure. These reports are puzzling, as we don’t see that as a concern from the vast majority of users. If you can, you may want to try this seat in a store with your baby before purchasing.

The biggest issue we see is the cleaning of the cover: more than one reader said the cover is difficult to take off for cleaning. Yes, the cover can be machine washed (yeah!), but good luck trying to get it off. This flaw holds the Extend2Fit from getting our top rating, but it is close!