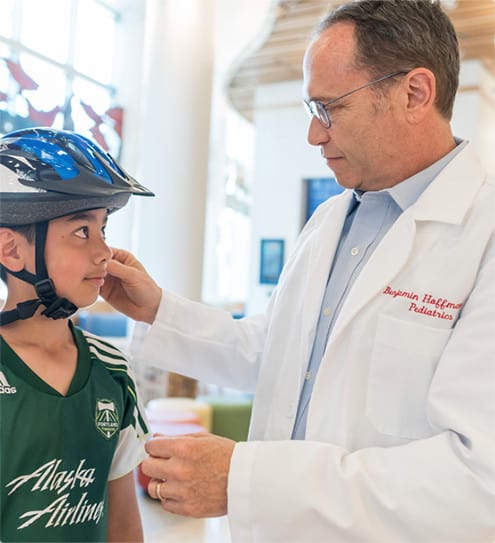 Dr. Benjamin Hoffman is an official spokesperson for the American Academy of Pediatrics. He recently testified to the Consumer Product Safety Commission on baby boxes.

Last updated: Dec 6, 2017 @ 11:14 am. AAP: States should not give away baby boxes without safety evidence. Baby boxes are being given away as infant sleep solutions by states, hospitals and non-profits in conjunction with a for-profit Los Angeles, CA company.  American Academy of Pediatrics spokesperson Dr. Ben Hoffman recently testified to a government safety panel that “baby boxes scare me to death.” BabyBargains.com sat down with Dr. Hoffman at a safety conference in Colorado last month to discuss his concerns with the baby box trend. This Q&A is edited for clarity and brevity.

FYI: Dr Hoffman’s comments here are his own and not on behalf of the American Academy of Pediatrics.

Q. Why do you think baby boxes are the wrong solution for newborns to sleep?

If you step back, recognize that sleep-related death (incidents) are the leading cause of death outside of birth related things for infants—it’s ten babies a day. There’s been a ton of research to understand what the best possible thing we can do is (to make baby sleep safer). There are standards that help (define safe sleep spaces).

Saying a baby box is a safe thing without any data is hearsay.

Q. According to a recent report in the Washington Post, the state of Virginia became the latest state to give away baby boxes to new parents. Does it concern you that states are giving these boxes away to parents?

Yes, absolutely. Because I think there’s an implicit assumption if you get something from the hospital that’s sent home to take care of your baby, that it is safe.

I think the absence of evidence is appalling to me.

Q. The baby box proponents would respond, “Well, Finland has been doing this for 70 years and no one has died.”

So tell me how we’re the same as Finland? In 1930, when they started doing baby boxes in Finland, Finland was a very different country. The standard of living was much lower; it was poor country. They did not have a very sophisticated health infrastructure including prenatal care and postnatal home visiting programs and all that sort of stuff.

When you look at it today, Finland is a relatively well off country. The level of disparity between the highest and lowest socio-economic classes is so much less than what we see in this country. It’s a small country with an exquisite health care program that includes phenomenal prenatal care, postnatal home visiting programs, universal access to childcare and early childhood education and all that sort of stuff that we lack in this country.

They don’t have the socio-cultural differences that we have as well in terms of racial/ethnic and cultural beliefs around sleep. Because they started (baby boxes) 50 years ago, things are very different. If you look as their curves as far as safe sleep, most of what changed happened really around the same time as the back to sleep/safe to sleep campaigns (in the early 1990’s).

The boxes made a difference when they were introduced in Finland. Why? Who knows for sure.

What I do know is that today, about 30% of the families in Finland who receive a box ever report they ever use it even once. So in Finland, they’re not being used. I think there’s this assumption here in the United States that every baby goes home in Finland and sleeps in a box for a while. But that’s not the case.

If you look at what’s happened in this country, programs that are distributing boxes that have home visitors (nurses), they go out and find the boxes are filled with baby stuff at the foot of the bed and they’ve never been used.

I also worry about the economic implications. The cost difference between a box and a defined safe sleep space like a Pack n Play is negligible.

Q. But we know that the Pack N Play (or other play yard) is a certified safe sleep space.

Yes. The box is used at best for two to four months because you can’t use it once a baby starts to roll, whereas the pack n play can be used as a safe place either for sleep or for containment of a toddler till they can climb out so up to 18 to 24 months.

Q. So, bottom line, should states be giving baby boxes away to new parents?

I don’t understand from a risk management standpoint how a state can do that, when we have alternatives that we know make a difference.

If a family goes home without a plan and a place to have an infant sleep safely, there is a 0% chance that infant will sleep safely. If you give them something it goes up from zero to something and we don’t know what that is.

Q. Is the AAP thinking of weighing in on baby boxes?

I testified before the Consumer Product Safety Commission on behalf of the AAP and I said bluntly that they scare me to death. Because until I know that it’s safe, I don’t know that it’s not safe. The absence of evidence is not evidence of absence of danger. 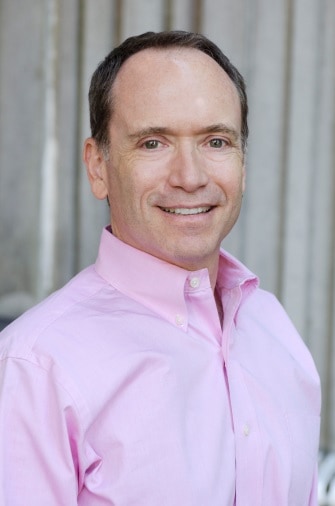 Spokesman for AAP: States should not give away baby boxes without safety evidence

Q. Is there a sanitary issue with baby boxes—because cardboard absorbs water?

Of course. And where is it actually supposed to be placed so the baby can sleep safely? Do you put it on the floor?

And again, if I can give a family a product (like a portable play yard) and say I know how to use this correctly and I know that this can make a difference if you use it. It will cost me $10 more and it will also last longer. Because what I worry about, at two to three months, the family has to do something else. And the highest risk period for SIDS is four to six months, which is exactly when you’re going to hit the period when you can’t use the box.

Another point: industry sponsorship. As far as I know, industry is sponsoring every one of the box distribution programs (with all the implications). I have no vested interest in other than babies thriving.

Correction September 25: We updated this article to correct the percent of Finnish parents using the baby box as a bassinet—it is just over 30%, not the 14% reported initially by Dr. Hoffman. Also: Dr. Hoffman’s comments here are his own, not as a spokesperson for the American Academy of Pediatrics.