What are the best vanilla beans? To find out, we ordered vanilla beans from 9 brands. What was best for making extract? Best for cooking?

FYI: Vanilla beans come in two grades: A and B. Grade A beans are best for cooking, given their high moisture content. Grade B beans are more concentrated and better for making extract. Here are the ones we'd recommend. FYI: We've been reviewing and rating products for the home and families since 1994. We don't take money or freebies from the brands we review. Our work is 100% reader-supported! Thanks for reading this article. 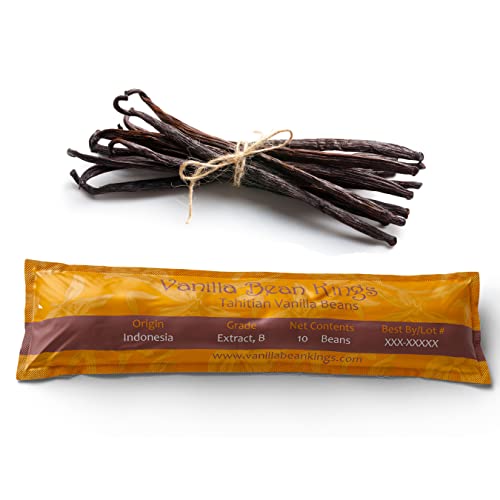 The two biggest countries for vanilla bean production are Indonesia and Madagascar. Indonesian vanilla beans are also sometimes referred to as Tahitian, while Madagascar are occasionally called Madagascar bourbon.

Which is best? That’s a tough one—there is a split opinion on this.

Fans of Indonesian/Tahitian vanilla beans say they have a lighter, almost floral aroma. These beans infuse a sweeter vanilla flavor when used in baking.

Devotees of Madagascar bourbon vanilla beans, on the other hand, love their stronger, richer aroma. This is the classic vanilla flavor most folks think of when vanilla is on the menu.

What was best for extract?

When it comes to buying vanilla beans to make your own extract at home, we’d suggest Vanilla Beans Kings beans—this 10 pack of Grade B vanilla beans is a top recommendation, after trying it out in our own test kitchen.

• Smaller in size. But that is true for most Grade B vanilla beans (versus Grade A beans). 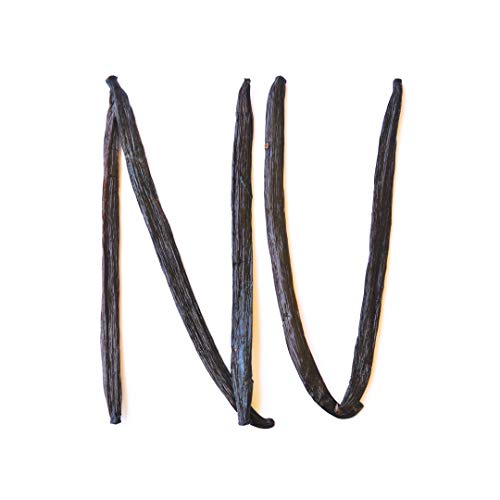 Grade A beans grown in Papua New Guinea
If you need a small amount of vanilla for baking or cooking, this five-pod bundle is an excellent choice. Fragrant and moist. Worked well in custards and maple syrup.

When it comes to cooking or baking with vanilla, we prefer Grade A vanilla pods. Why? Grade A beans have more moisture than Grade B—that makes it easier to get all of the vanilla seeds (and flavor) out of a pod. There is less waste—and more vanilla flavor!

If you just need a small amount of vanilla, we’d suggest this five-pod bundle from Native Vanilla. With operations both in the US and South Africa, Native Vanilla beans imports about 2 million beans per month. The company touts its fair-trade sourcing from “micro farms” in Papua New Guinea.

We purchased and tried these vanilla beans in several recipes—very impressive. Very good quality, as compared to other Grade A vanilla beans we sampled. 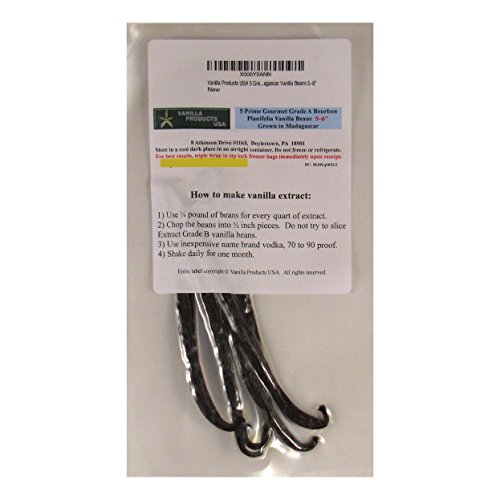 Grade A beans grown in Madagascar
For baking cakes or cupcakes that need a vanilla punch, we'd suggest these beans—slow cured, excellent in quality. The aroma is heavenly.
$9.91

For vanilla bean fans, Madagascar beans are the gold standard—these beans have a much bolder, full-bodied flavor profile. When it comes to recipes for vanilla ice cream, cakes or creme brulee, we’d recommend Grade A vanilla bean Madagascar beans, such as this 5-pack from Vanilla Products USA. They were the best beans among those we sampled for this article.

•  Slow cured over several months. This is preferred over fast curing for flavor intensity. 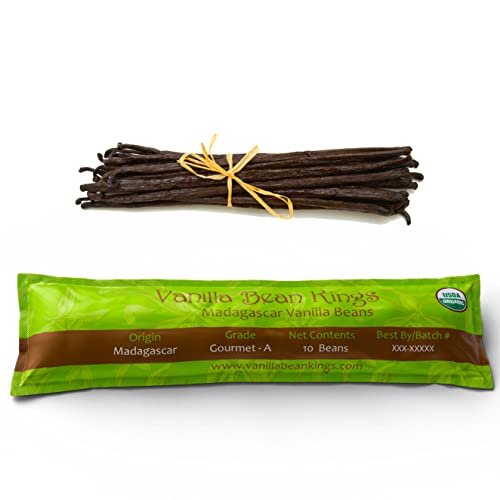 Madagascar Grade A beans
These beans arrived fresh and moist—perfect for ice cream recipes that need that vanilla turned up to 11. Vacuum packed and sustainably sourced.
$14.99 ($1.50 / Count)

As 20th century Canadian philosopher/poet Ed Robertson once said, “I like vanilla. It is the finest of the flavors.”

When it comes to homemade vanilla ice cream, we prefer a strong vanilla bean that packs a wallop. Our recommendation: the 10 pod pack of Grade A Madagascar Vanilla Pods from Vanilla Beans Kings.

• 33% moisture content on average. That’s excellent—the more moisture, the more vanilla you can use for recipes.

• Some beans were less than the 5″ to 7″ promised length. We didn’t see that in the test batch we ordered, but we note other reports that say a few pods didn’t reach the 5″ minimum length.