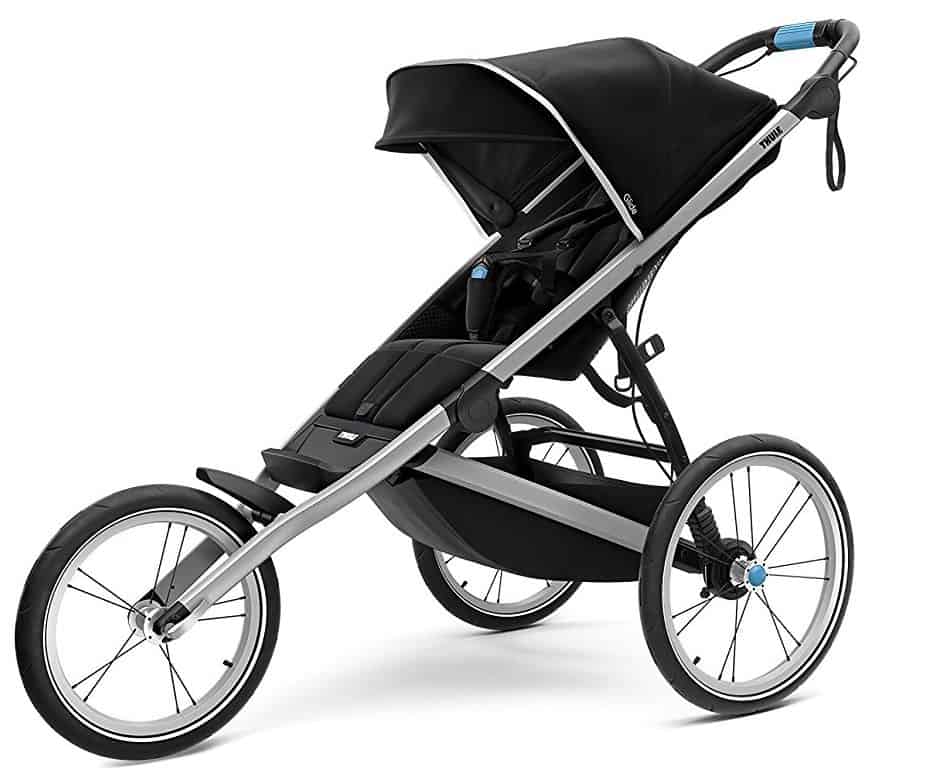 Scroll down for our picks for Best Stroller for Power Walking. New to stroller shopping? Read our 7 Things No One Tells You About Buying a Stroller for advice and tips.

Why is this model better for serious runners? The Glide 2 Performance Jogging stroller has a fixed front wheel, which is better/safer for running.

(We prefer fixed-wheel joggers as opposed to strollers that have a lockable front swivel wheel. Why? Even when locked in a forward position, strollers with swivel wheels tend to vibrate at running speed—that is not acceptable for runners. The disadvantage: to turn the stroller, you have to rock the stroller back on its two wheels to pivot it in a new direction. This may be a pain if your running route has lots of turns.)

This sleek jogging stroller features large 18″ air-filled tires in back and a fixed 16″ front wheel—an excellent set up for serious runners. We love the height adjustable handle, adjustable canopy and one-step fold.

Thule is probably best known for their bike carriers and storage racks. In the last few years, the company rolled out their first strollers—and the results have been impressive.

Readers have been effusive about these strollers’ quality and performance . . . as a result, Thule has muscled aside other brands like BOB to win the crown for best running stroller, in our opinion.

The Thule Glide 2 Performance shares many of the same features as the brand’s Urban Glide (reviewed here)—the main difference is the Performance’s front wheel does not swivel while the Glide’s front wheel has a lockable swivel front wheel.

Differences between the Glide and Glide 2

In 2018, Thule updated the Glide with a revised version, dubbed the Glide 2 or 2.0. Here is an overview of what changed with the Glide 2:

• New integrated brake. The Glide 2 added a brake that is integrated into the handlebar—twist the blue portion and the stroller slows, which is helpful when going down a hill.

• Extended canopy. Thule redesigned the Glide 2’s canopy to offer an extension with mesh ventilation in back. There is still a sun visor up front.

• New accessories including a bumper bar, rain cover as well as car seat adapters for the Maxi Cosi and Chicco infant car seats ($60 each). The lack of these accessories was major negative for the original Urban Glide.

Otherwise, the Glide is very similar to the original model, which is still for sales in some stores.

What we liked: Thule Glide 2 Performance Jogging Stroller vs. the competition

Cheaper jogging strollers have steel frames—as a result, these strollers can tip the scales at 30 lbs. With its alloy frame, the Glide 2 weighs just 23.8 lbs. That’s a critical difference when you are running.

The Glide 2’s 18″ wheels are bigger than the BOB Ironman’s 16″ rear-wheels. Larger wheels give a smoother ride, in our testings.

Finally, compared to the BOB Ironman, the Thule Urban Glide 2 has an easier, one-step fold, in our opinion.

At nearly $500, the Thule Glide 2 is at the top end of the jogging stroller price range—and to make matters worse, items like a parent console, bumper bar or child snack tray are optional accessories. That will push the price of this stroller close to $550.

While the fold on the Glide 2 is quick, it is quite bulky when folded and will take up a good amount of trunk real estate. Yes, that’s true for other all terrain strollers, however. To mitigate the bulkiness, the wheels release for more compact storage.

We wish the Glide 2 would stand when folded—instead, it folds down to the ground, which guarantees the fabric will get dirty/muddy too easily.

While we liked the reflective fabric on the Glide 2, we thought Thule could have hidden the brake wires that are visible on the handle bar. That’s a small quibble, of course, but when you are paying $500 for a stroller, this would make the Urban Glide look more sleek—and less like a mad scientist experiment.

Finally, the parking brake on the Glide 2 is not flip-flop friendly—to release it, you have to push up from under the button, which will most likely mess up that pedicure.

Here’s a quick visual overview of the Thule Glide 2 features: 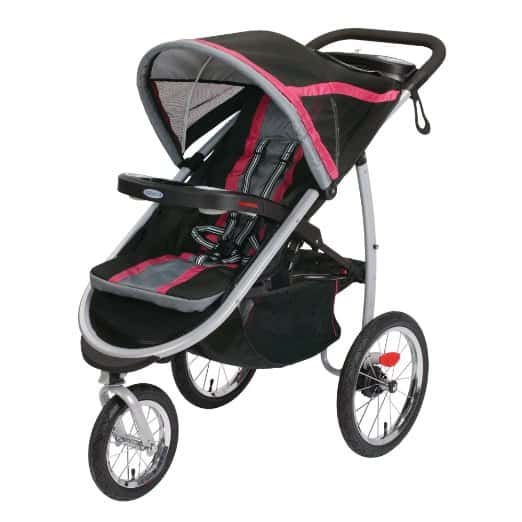 With a lockable front wheel and quick fold, the Graco FastAction Fold Jogger is great for long walks. The Click Connect feature means you can easily add a Graco car seat too.

Best Stroller for Power Walking. Our pick for the best stroller for power walking is the Graco FastAction Fold Jogger Click Connect (27 lbs.). It has a swivel front wheel that can be locked, plus a quick fold feature that earns kudos from readers. Add in a generous storage basket, parent console with cup holders plus an affordable price and you’ve got a great stroller for extended walking. 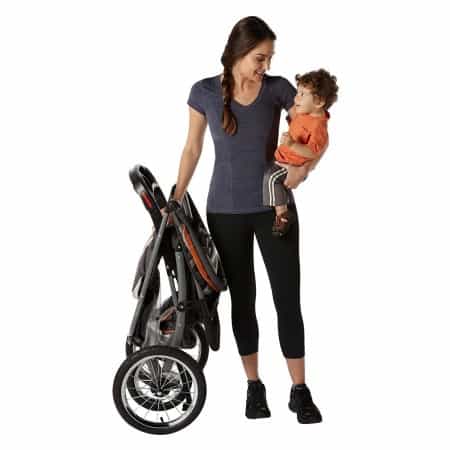 What’s not to like? Well, this stroller is heavy—30% more than our pick for serious runners (above). And you can see from the picture above, when folded, the Graco FastAction Fold is quite large: 39”(!) in length, 23.6” in width and 15.3” in height. You might measure your vehicle’s trunk before buying to make sure it will fit!

We’ve been rating and reviewing strollers since 1994. In addition to hands on inspections of strollers, we have also visited manufacturer facilities and met with safety regulators—and when we travel, we pay our all of our own expenses. We look to our reader feedback to give us a real world perspective on car seats—our message board on strollers has over 27,000 (!) threads. We also evaluate consumer reviews posted on sites like Amazon.

Learn more about our work and how to support our site.

7 Things No One Tells You About Buying Stroller! 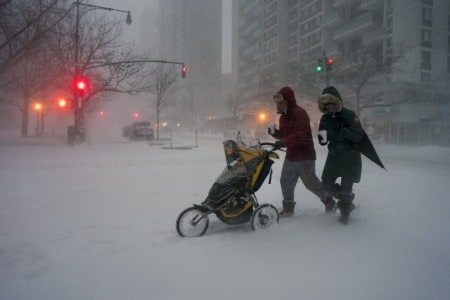 Because we all live in different environs and want to go varied places, the key to stroller happiness is to understand how different stroller options fit your lifestyle. Hence, the perfect stroller for hiking in Colorado isn’t the right one for a simple spin around the mall in Miami Beach. 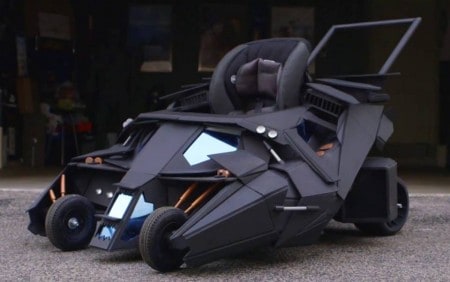 And what if you add a second child in the mix?

The take-home message: no one stroller can meet all these needs. Most parents end up with more than one stroller. Let’s review over the stroller landscape. Just because a stroller is on the shelves at the Baby Megastore doesn’t mean it is safe. Twelve thousand babies each year are injured by strollers, according to the most recent government safety data. 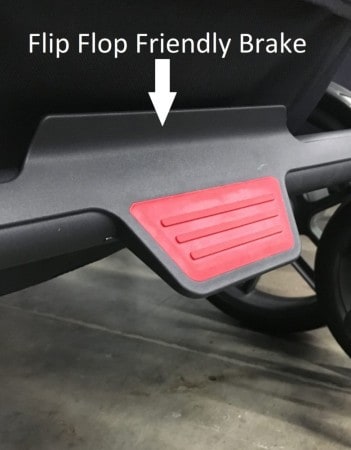 A flip-friendly brake allows you to set and release the brake with the same motion. No messing up the pedicure!

There are three international organizations that test and certify textiles (stroller fabric) to meet enviornmental standards: OEKO-TEX, Global Organic Textile Standard (GOTS) and IVN Naturextil. All three of these certifications are optional—there is no legal standard for organic, non-allergenic, chemical free textiles in the US. Many of the stroller brands that are certified are European, with only a few US brands certified. Here’s a bit about each of the three organizations.

There are only a few stroller manufacturers we can find with one of these international certifications. These companies typically sell strollers with fabric that is conventionally grown as well as organic, so you’ll need to check their web sites to see which models feature certified textiles:

Orbit (OEKO-TEX). FYI: Orbit has discontinued all their strollers, but you may see them on eBay and second hand.